Every now and again, a film comes along and moves the entirety of your soul. In recent years, that was Barry Jenkins with Moonlight and If Beale Street Could Talk – films which showcased black excellence with a nuanced confidence, radiating beauty and subtext that challenges the principles of filmmaking. In 2019, The Last Black Man in San Francisco fits that description as a profound and deeply moving piece of cinema.

This is not just some hyperbole statement; this is a genuine reaction to a film that left me in awe.  I was moved to tears by its poetic poignancy, its beautiful cinematography, its social commentary and a friendship bonded at the seams of a city on the cusp of change.  What director Joe Talbot accomplishes is remarkable.  Considering it is based on a true story, his exploration is stylishly surreal that combines the heartbreak of pain and the uplift of joy.

It’s hard not to compare The Last Black Man in San Francisco with Barry Jenkins.  As if Talbot had graduated from the school of the artist in question, his debut feature-length film evokes the same emotive mood and empathetic quality where close-ups are a window to an ‘in my feelings’ moment that says a lot about the bigger picture it articulates.

And the bigger picture is gentrification and the affluence of its rapid progression.  It’s a mood felt in its Flint, Michigan-style opening – the water is toxic filled with fish with two eyes, a young black girl sucks on a lollipop staring at a man in a hazmat suit.  It’s felt as we’re introduced to Jimmie Fails (playing a fictionalised version of himself with a Mahershala Ali quality) and Mont (Jonathan Majors) as they skateboard pass the familiar black neighbourhoods to the downtown city streets where they are judged in San Francisco’s ‘New Haven’.  Every day, they visit an old Victorian house, a house which Jimmie claims his grandfather built.  Despite being occupied by owners who threatened to call the police, Jimmie and Mont turn up like clockwork to restore it to its former glory. They clean, re-paint its historical features and cut any overgrown bushes.  Their circumstances change when a family feud with the current residents leaves the home empty, and Jimmie and Monk use the opportunity to make the place their home.

Talbot does an excellent job in highlighting the ‘American Dream’, working off the backbone of economical struggle where the benefits are not the same for everyone. The subtext is obvious – the poor Black neighbourhoods are neglected, letting it run down to the ground whereas the rich have everything they would need that dissects its rich and poor divide.  It’s ‘out of touch’ perspective comes from observed conversations that Jimmie overhears on the bus, people who hate the city yet ignorantly don’t know it, picking cities as if San Francisco was an inconvenience, and Talbot’s confident use of the camera shows the juxtaposition of its realities.  In one unforgettable scene, Jimmie rides on the back of a quirky, start-up company van, a stark contrast between his reality and the fast-paced growth of change before descending into a beautiful wide-angle homage that could have been a scene straight from Steve McQueen’s Bullitt.

The patience that is instilled throughout shows how much The Last Black Man in San Francisco wants you to feel its world, building through its relationships and its multi-layered themes that is honest.  With such assuredness (in particular in its editing as it cuts between joy and despair), it’s never forced, rushed or sacrificed for a quick resolve.  As felt by its choice of popular music such as its use of San Francisco (Be Sure to Wear Flowers in Your Hair), this is a soulful decree, and it’s a film that has come purely from the heart, a love letter tribute to the city. 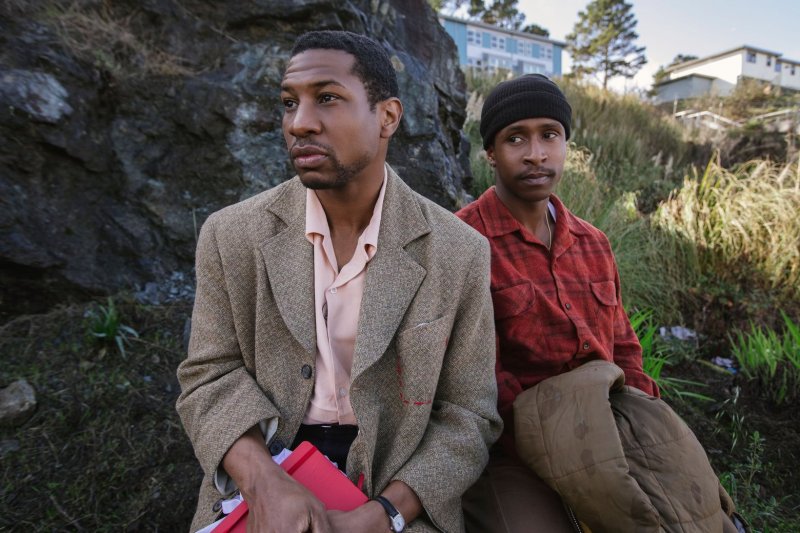 And what a heart that is.  Evoking a continuous community spirit with all of the characters it interacts amongst Jimmie and Mont’s tale, it makes notable moves to subvert its expectations, showcasing how they’re more than just the boxed stereotype.  Gangs are looked upon with sympathy in the aftermath of toxic masculinity and male bravado. Coming off the success of Sorry to Bother You, Danny Glover continues to find brilliant projects to star in.  The film judges not for what they do or say, but for being human, identifying how we engage within society and treat others in the process.

What The Last Black Man in San Francisco presents is a sublime motif that is a voice for the voiceless, and when a city succumbs to rapid change, the people who made the community, the storytellers, the history makers, the 9 to 5 workers and the innovators who did everything to make the dreams come true, are pushed out and silenced forever.  The culture that was once invaluable has now been replaced by start-ups, coffee shops and homes which no-one can afford.  It’s a realisation that subtly overwhelms you because it’s a reality that you can practically see outside your window right now.  Every passing day, it’s a soul losing its identity.

And if the message wasn’t loud and clear from this review, then for Jimmie and Mont, it’s about ownership, finding a place they belong without fear or judgement.  If you’re one of the lucky ones to own your own home, decorate with your taste in furniture and know that feeling when you can come home to something that makes you comfortably happy, then you can resonate, with every fibre of your soul, what that emotion feels like for Jimmie and Mont.  Their emotions are euphoric, running and screaming through the house, knowing the freedom they have.

With brilliant performances by Jimmie Fails and Jonathan Majors, as individuals, they uniquely present the social commentary of their surroundings through their recognisable personal battles, but together, they are an emotional powerhouse that needs to be seen.  Their courageous loyalty means it can deviate from different emotions with laughter to sadness to the harshest of truths.  They rely on each other despite the hardships or the menial jobs that keep them going to make their occupancy work.  They study the world to defy its expectations, and with hope in their hearts, they dream big, even if the dream doesn’t last long.  As a takeaway, judging by their performance, it’s hard not to be moved.  It is beautiful.

As one of the best films of the festival, The Last Black Man in San Francisco reminds you why cinema was invented.  With sincere, heartfelt moments that run the spectrum, Talbot’s direction is a stellar debut that leaves you breathless.  Home is where the heart is, and this is as close to a masterpiece you’ll get in 2019 that’s worthy of my highest recommendation.

THE LAST BLACK MAN IN SAN FRANCISCO is screening as part of the BFI’s London Film Festival 2019. For screening details and ticket availability, please visit their website for more details.  Released in cinemas October 25th.