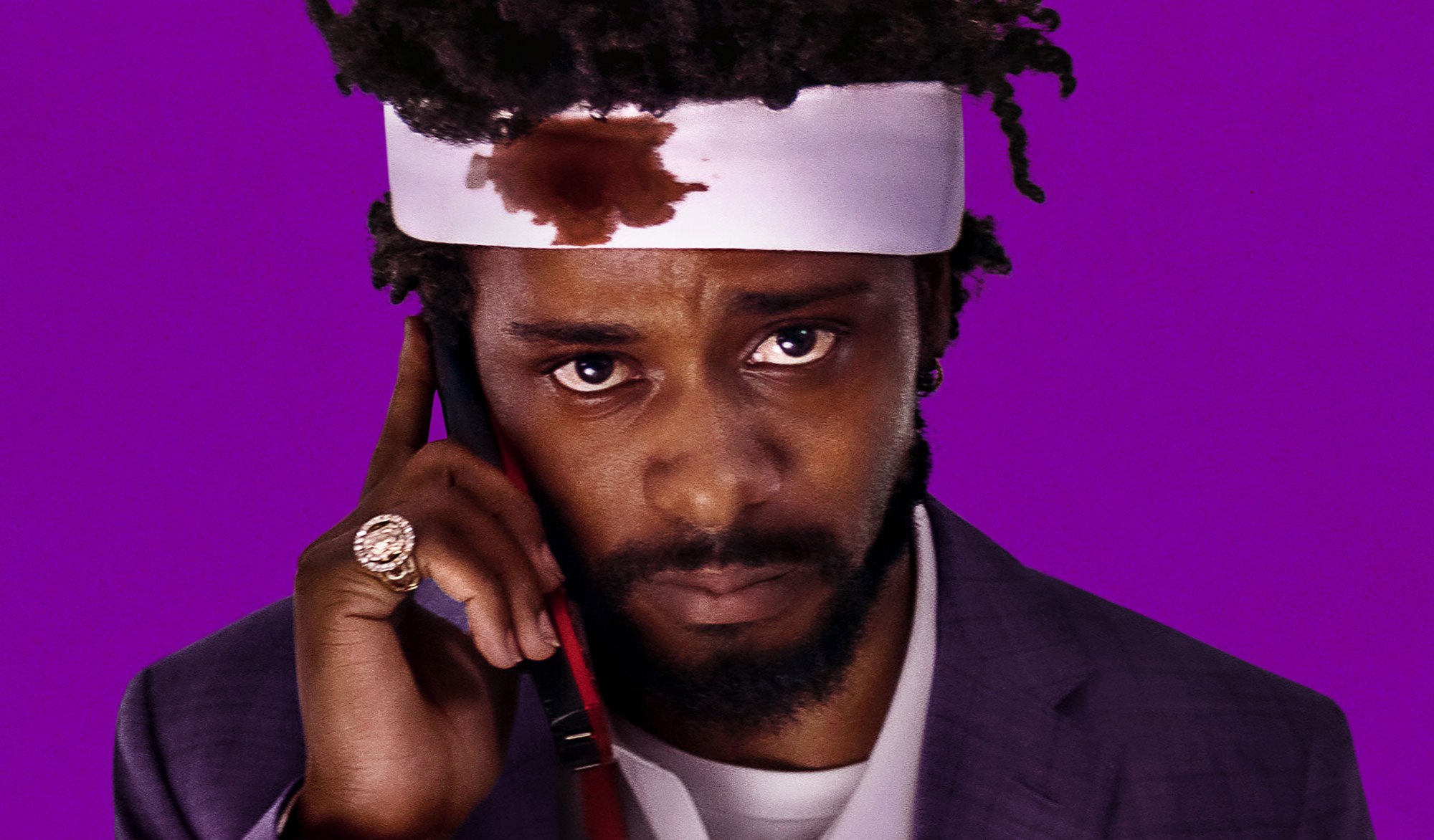 I’ve waited so long for this film!  After the initial buzz out of the states, getting Sorry to Bother You to cross the Atlantic for its international audiences was a source of frustration. Writer, director and activist Boots Riley made his point very clear on social media, outlining issues with distribution and the outdated stereotype used to justify how black films don’t sell well overseas. One word – BlacKkKlansman. Spike Lee’s influential film proved otherwise, circling the buzz as an early Oscar contender. Therefore, there is no reason at all why Sorry to Bother You can’t achieve the same success.  It’s 2018 Goddammit!

But on reflection, what a fantastic period to be alive with black culture. In a short space of time, we’ve seen films that have collectively challenged the cultural mindset. They’ve progressively moved away from the reinforced and undermining notions of black culture into a force to be reckoned with. It actively encourages voices, talents and consciousness to confidently demonstrate the diverse conversations that each film permits. Hidden Figures, Moonlight, Black Panther, Mudbound, 12 Years a Slave and Get Out are just a few examples which have excitedly brought to the table a comprehensive and thought-provoking myriad of films. Sorry to Bother You rightfully deserves to stand amongst the greats.

Boots Riley celebrates the surreal and satirical absurdity of our world, and it’s so fantastically unique that it’s unlike any film I’ve seen.

You have to admire the pure brilliance that Boots Riley impressively accomplishes as his directorial debut. That razor-sharp commentary echoes the same achievements Paul Verhoeven designed with Robocop. Just like the quotable ‘I’ll buy that for a dollar’, Riley comes up with his own truthful statements, most notably with the endless highlights of ‘I Just Got the Sh*t Kicked Out of Me’ as a clever reflection of our daily consumption of reality TV. It eloquently points out the corporate greed in capitalism, profiting over PR incidents as signified by ‘Have a Cola and Smile Bitch.’

Journeying between an energetic comedy and an Orwellian, alt-universe reality of Oakland, Sorry to Bother You is an anthem and a rallying wake-up call. Speaking his truth, it tackles themes of modern-day slavery, class divide, workforce rights, racism and a capitalist greed of the rich and powerful and the lengths they would go to ensure profitability and longevity.

Its displayed in the nonsensical marketing jargon that Diana Debauchery (Kate Berlant) delivers at RegalView. Even when slave labour is staring right in our face like WorryFree, a place where you can eat, sleep and work in a commune-like community, it’s dressed up as a glorified one-stop shop solution for all your problems thanks to its tone-deaf CEO Steve Lift (Armie Hammer). To the elite rich, they can do whatever they want to maintain their status, just as long its sold and excused in the right tone thanks to double standards and the age of zero accountability.

Riley’s astute observation delves deep into the foundations of capitalist consumerism in comparison to the everyday struggles people face. It’s a struggle not often seen on screen (either sanitised or underdeveloped) and Sorry to Bother You doesn’t make that mistake in noting the obvious disparity on how we as a society feed on those values. It’s buying stuff we don’t need. It’s the constant, almost brainwashed messaging that this product will make our lives better. Documenting that journey (even in its surreal context) is a relatable message especially when the circumstances don’t add up. Working hard and receiving little pay in comparison to the corporate millions that is funnelled amongst themselves – Riley has the bold audacity to ask why.

With so many elements within one film, Sorry to Bother You would have been a compromised vision in any other director or studio hands. It would have scaled back its themes in a PC-friendly manner where the suppressed narrative transforms into a misguided, convoluted mess. But with a strong sense of conviction, Riley smacks his way through each topic making his point known and felt. Nothing about Sorry to Bother You is subtle, fighting against the normalisation that is dressed up as acceptable. Riley takes no prisoners with an ‘I don’t care about your feelings’ attitude. In his mindset, these are issues that need to be said and not ignored, thus making him the freshest voice in the industry today.

Amongst the deeply-layered conversation about exploitation, Riley manages to extend the dialogue about identity and cultural appropriation. There’s a brilliant scene where telemarketer Cassius Green (the outstanding Lakeith Stanfield) is forced to rap in front of Steve Lift and his exclusive elite party. He can’t rap, but as soon as the N-word is uttered, suddenly Cassius is new, hip and cool. Just like the commentary that Jordan Peele evokes with Get Out, Riley charts down that same notable path – it’s acceptable when black people are a trendsetter, but when it comes to issues affecting the black community, those same people profiting off that trend are silent and nowhere to be seen.

That point is visually examined in Cassius’ white voice – a tool to progressively move up the ranks in a ‘rags to riches’ story. It’s something he’s good at, helping him move out of the struggle but Riley thoughtfully asks at what cost.

It’s comfortable to be seduced by money, power and its advancements, but it can also make us ignorant to what is going on around us. As long as it doesn’t affect our ‘own little world’, we’re happy to provide for the status quo for our own gain. It speaks volumes that Cassius has to transform his identity and drop his moral conscience in order to be commercially acceptable to others.  I’m talking Kanye West levels of a sell-out when Cassius encounters Mr. ______ (Omari Hardwick).

There are people in his life who try to wake him up. His girlfriend Detroit (played superbly by Tessa ‘can do no wrong’ Thompson) spreads her revolutionary ‘wokeness’ through art and awesome earrings. Steven Yeun’s Squeeze and Jermaine Fowler’s Salvador firmly place themselves on front lines of the fight as unionised workers. Sorry to Bother You embraces its craziness, but it’s also willing to counter against it, supporting the activist roots instead of the easily dismissive nature that reflects the current trappings in America.

Aesthetically, there’s an ‘Edgar Wright’ quality with Riley’s inventive direction that I love. Cassius Green literally drops into the ordinary lives of his callers, leaving nothing to the imagination. It brilliantly highlights Cassius’ ‘fish out of water’ struggle in adopting the ‘stick to the script’ philosophy – something that becomes second nature once its mastered.

Just when you think you have everything figured out, Riley drops the third act with an unsuspecting breathlessness. Films can easily fall into that predictable trap in guessing its ending. That doesn’t happen (I repeat – THAT DOESN’T HAPPEN) in Sorry to Bother You. Riley’s ingenuity leads his audience into a false sense of security. YOU THINK you know where this is going and what is going to happen, but like the master magician he is, he pulls that rug so far away from under you in your comfort zone surroundings that it head dives into the WTF territory. If you thought Jordan Peele’s final twist in Get Out was unreal, wait till you see this.

This is without a doubt one of my favourite films of the year. My mind was truly blown. Rejecting the conventional norm and ripping up the rulebook (both in filmmaking and storytelling), it’s a Black Mirror-esque treat worthy of the five-star treatment. It’s a real shame that it’s not out until December 7th for the general public. But when it does arrive, just drop everything. Bold in its outcome, it’s worth the hype.

Boots Riley – I can’t wait to see what you do next.

SORRY TO BOTHER YOU is screening as part of the BFI’s London Film Festival 2018.  For screening details and ticket availability, please visit their website for more details.