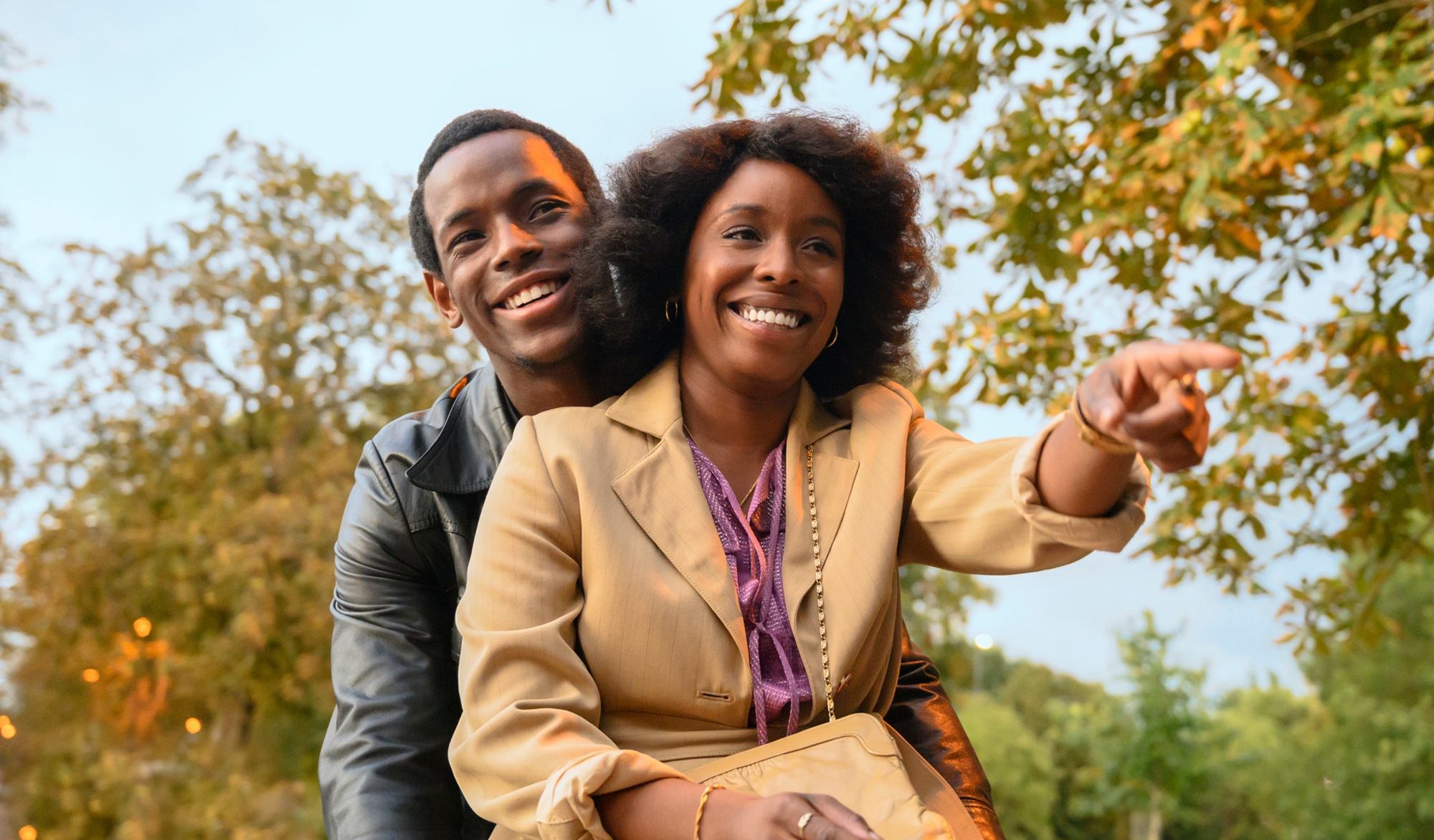 Steve McQueen once again blesses us with a different but necessary encapsulation of Black culture, filled with joy, love and music.

Steve McQueen’s Lovers Rock is a vibe – an energetic mood board of culture and music wrapped up in the euphoria of Black joy and love.

For film number two from the Small Axe anthology, it’s a different, contextual tone that McQueen emits here. In Mangrove, it was a visceral and heartbreaking look at the impact of police intimidation and brutality from a pivotal point in history and its subsequent erasure from the fabrics of our society and public consciousness. Here, the hurt, the pain and rage are swapped for a night of soulful entertainment – all within the confines of a house party in 80s West London.

There’s so much to admire from Lovers Rock. Co-written by McQueen and Courttia Newland, it’s a radiate slice of Black culture that’s not defined by trauma and pain, which is an easy narrative to get sucked into. There’s so much more to Black lives. Films such as If Beale Street Could Talk, The Photograph, Brown Sugar, Love and Basketball and How Stella Got Her Groove Back (to name a few), are cinematic gems in stories about Blackness through love and normality, stories we need more of. In the hands of Steve McQueen (going against type), this is a powerful example of remembrance where Black lives, no matter the circumstances, deserve love in this cold and unjust world – to feel it, to embrace it and to feel worthy of it. That doesn’t mean the problems of racial injustice faced by the Black community are not present. In one scene, it’s realised as a group of white men staring with intimidation at the housing property. A police car drives down the street. A white garage owner reminds his employee about his ‘ethics’ (and that same employee puts on his ‘white voice’ to respond with his apologies). In any other film, they would be signature, microaggression moments, but in Lovers Rock – a celebration of love and romanticism fuelled by Reggae music – they are relegated as secondary issues.

What rises to the forefront is its intricacy. It’s easy to bemoan Lovers Rock for its lack of dialogue or its loose narrative structure. But at its heart is a camera unleashed, orbiting freely with closeness and intimate beauty. This is their world, and we’re invited guests to celebrate that mood. And like all good environments, the ills of the world disappear, only to get lost in the music. As poetic as that sounds, it is beautifully visualised by McQueen in his very own visual album.

The absence of dialogue (or I should say minimal use) is replaced by its music, those ‘that takes me back’ songs that tie-in with the rediscovery of youth and the memories it evokes. There’s no shortage of hits, from Sister Sledge’s ‘He’s the Greatest Dancer’ to Carl Douglas’ ‘Kung Fu Fighting’ – enough to demand a Spotify playlist. With skilful editing by Chris Dickens, cutting between the analogue dials and switches of the Mercury Sound System becomes a clever segue between each track and subsequent fun. Boosted by Shabier Kirchner’s mood lighting cinematography, we see a snapshot of a community in action, free to be themselves. The ladies dress to impress, the men pay to get in, and good food and drinks are at hand. There’s passion in the intricate details, the personal touches from its costume design and intimate production design which becomes adoringly appreciative the longer you’re immersed in its world.

And through the music, McQueen sends his audience to church; the Mercury Sound System is the altar, the MC is the preacher, and the guests are its congregation. It becomes a foreboding sign when Marta (Amarah-Jae St. Aubyn in her debut role) – on route to the party – sees a man carrying a giant white cross on his shoulders. But playing back to the euphemism with the outside world and the burdens we silently carry, the musical spiritualism that takes place at the party (a place of safety and escapism) is a release. With its gospel-like overtones, the party leads in a slow yet rousing chorus of Janet Kay’s ‘Silly Games’. The prolonged gaze only elevates its transcendent mood, ensuring everyone – gender and age – gets their moment to shine and sing with joyful happiness. Contrast that with Lovers Rock’s second signature moment, and it’s the men of the party uniting together to show their own expressive rebirth, expelling the societal rage and problems out of their systems.

It wouldn’t be a Steve McQueen film without some element of brutal truth, highlighting both the good and bad that comes with a party. Here, it’s explored through family tensions and unwanted male advances. While it’s never given the exploratory essence that you would typically expect (due to the limitation of its concept), but the short fusion of sisterhood, and protecting one another shows McQueen refusing to let women be the side characters or objects within his stories.

But what anchors this enriched story is young love, with McQueen capturing that spark with lingering close-ups of interlocking hands and brief interludes for pauses and reflection. Not everyone gets lucky (the lows of matchmaking), but for Marta and Franklin (BAFTA’s Rising Star recipient Michael Ward), it’s the push and pulls of their blossoming relationship which serves to be the film’s shining light and hope.

What serves as a lovely end to this year’s London Film Festival, McQueen once again blesses us with a different but necessary encapsulation of Black culture through a multi-layered lens. In the age of COVID, McQueen presents a sensation that’s greatly missed, yet find ourselves eager to get back to. And for seventy glorious and mesmerising minutes, it’s a befitting celebration and tribute of the era.

But don’t take my word for it. You need to see it, to feel it.

LOVERS ROCK (PART OF THE SMALL AXE ANTHOLOGY) screened as part of the BFI’s London Film Festival 2020. On BBC One and BBC iPlayer 22nd November 2020.