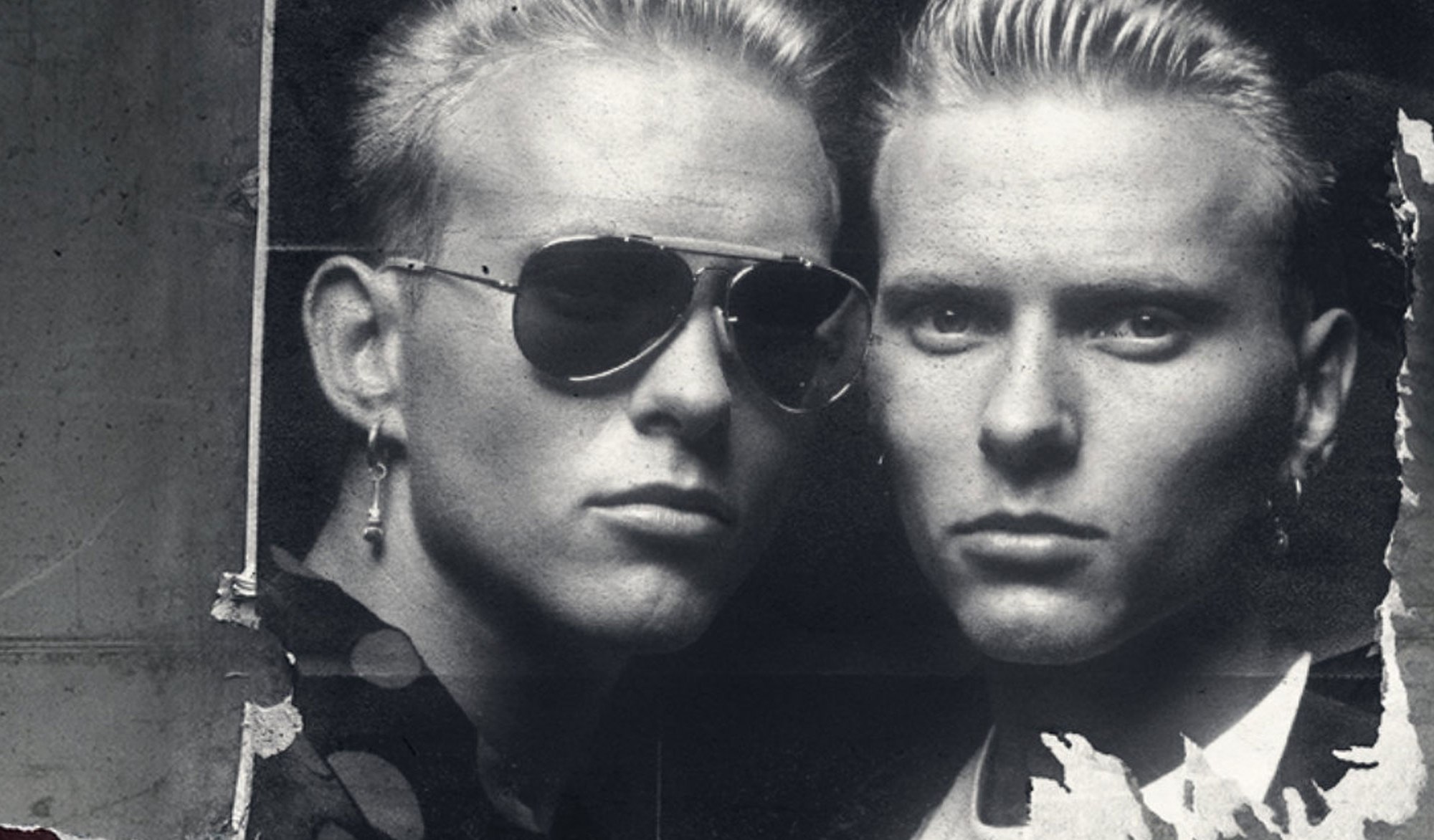 After the Screaming Stops is not a documentary that’s going to change the world – unless you’re a Bros fan!  When Matt and Luke Goss touched down (albeit separately) at Heathrow Airport with screaming fans awaiting them, it’s evident from directors Joe Pearlman and David Soutar that the fascination with Bros is still alive and well.

Despite being a child of the 80s, I wasn’t old enough to acknowledge them besides hearing their most notable hit When Will I Be Famous?  In my grown-up years, it was the discovery of Luke Goss as an actor starring in Guillermo Del Toro’s Hellboy II: The Golden Army and Blade II.  But according to the film’s synopsis, at one point Bros were the biggest band in the world.  Their album Push was number one in twenty countries, selling ten million copies worldwide.  That’s an impressive feat, and After the Screaming Stops evaluates their success, their eventual split and their upcoming reunion concert at the O2 Arena.

But as the documentary begins, this was not going to be an ordinary tale of brotherly love!

Pearlman and Soutar establish the individual and independent nature of Luke and Matt Goss.  Both are living in America having relaunched their careers respectively as an actor (Luke) and as a Sinatra-esque singer in Las Vegas (Matt), and yet miles apart both in geography and eye contact.  There’s an obvious resentment and grudge from how Bros ended, and as the documentary prepares to take a trip down memory lane, it questions whether it’s possible for the twin brothers to reconcile their differences and recapture the old magic.

There are unintentional moments of hilarity, reminiscent of This is Spinal Tap thanks to Matt Goss and his poetic and philosophical outlook.  But it further adds to the differing characteristics the brothers have which goes a long way in explaining their personalities and perspectives.

Of course, the frequency of their arguments is driven by the classic parameters of ego, jealousy and the constant need to be correct.  Naturally, all of that spills over into explosive exchanges, first building up as tiny nitpicks over how a song should be played, to a full breakdown moments before a live TV broadcast.

Whether it’s Asif Kapadia’s Amy or Kevin Macdonald’s Whitney, there’s a common trait that music documentaries refuse to ignore and Bros are no exception.  The pressures of fame and success are relentlessly unforgiving.  Protection goes out the window only for vulnerabilities and insecurities to be exposed.  So it comes as no surprise that Matt and Luke Goss were massively affected, thrust into the limelight and expected to cope, reliving old memories and anxieties like some post-traumatic disorder.  The refusal to listen to each other or to ‘step in each other’s shoes’ reflects the brutal honesty that shapes the retrospective and therapeutic core of the documentary.  Not all bands or artists have recovered from such environments, but as a music documentary, it further illustrates the growing problem and its lack of accountability.

However, After the Screaming Stops is afflicted by the same issues that restrained Kevin MacDonald and Nick Broomfield’s take on Whitney Houston.  Both documentaries are terrific and heartbreaking in its execution, painting an adequate portrayal of life within the music industry and simultaneously deconstructing the emotional pitfalls of her life.  But the over-reliance on the dramatics means the ‘artistry’ behind the artist is lost in the conversation, returning only for fleeting moments of fan-pleasing euphoria.   After the Screaming Stops follows down that same trajectory and path.  Now, that doesn’t stop the overall enjoyment that this documentary brings.  Similar to the Whitney Houston documentaries, the history is an integrated and uncompromising beast.  Pearlman and Soutar instil a clear vision and intent with their unconventional approach and focus, but it also translates into a missed opportunity to explore the music and its inspirational invention.  Bros as a band are more than just one, recognisable song and it doesn’t quite grasp that acknowledgement to help grow beyond that truth.

It’s unmistakably clear that Matt and Luke Goss love each other, despite the arguments and the tension.  It’s hard not to be moved by the painful recollections of their mother and sister – a lasting impact that still affects them today.  But because of their honesty and subtext, After the Screaming Stops takes an examining look at the music industry and the treatment of music stars because once again it’s hard not to be moved by the pressure cooker environment of their eventual split and out-of-control reality which resulted in Luke losing everything.

To an average viewer, After the Screaming Stops is an insightful, cathartic piece despite missing possible avenues of exploration.  To a Brosette, it’s Christmas.  You may already know some of the dedicated facts, but it’s a gift that keeps on giving.