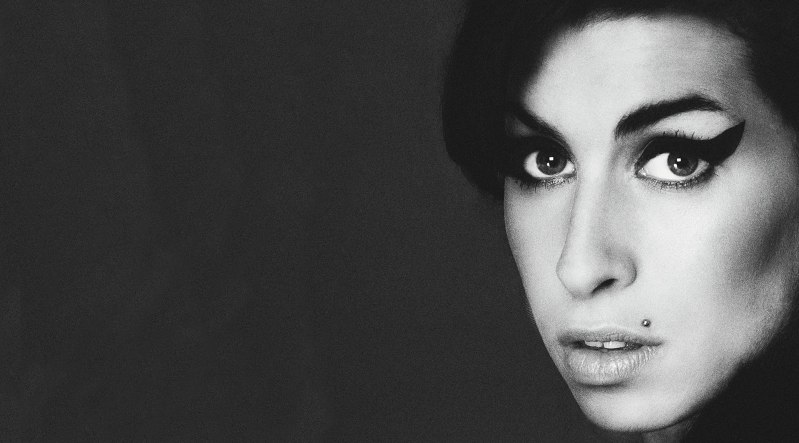 The story of Amy Winehouse comes alive in a sad, tragic and heartbreaking documentary.

It can feel a bit of a rarity to see UK artists achieve worldwide and global success.  Adele and Coldplay are certainly at the top of that tree at the moment.  But for a short and brief period of time, Amy Winehouse was right up there.

The tragic events surrounding Amy Winehouse’s death is both sad and foreboding.  Sometimes it’s hard to admit that.  The latter part of Amy’s life was mostly in the tabloid newspapers instead of where she felt comfortable and at ease – in her music.

If you’re familiar with the brilliant film, Senna, a documentary which should have been nominated for an Oscar about the life and times of the Formula 1 racer Ayrton Senna, then you’ll know that this documentary was placed in the right hands.  Director Asif Kapadia compiles together all the complex pieces to tell a reflective story about the life and career of the late singer.

Kapadia relies on the same techniques that served him well during Senna.  Using archival footage, pictures and interviews, Amy’s story is told in her own words and by those closest to her.

What is evidently clear and rightly established throughout the documentary is how knowledgeable and smart Amy Winehouse was at music – an old soul in a young body with a voice to match.  She would list out her musical influences, artists who inspired her.  Her surprised reaction at seeing her singing idol, Tony Bennett at the Grammys or later performing with him on his album is enough to show you her passion and complete joy.  At the beginning she seemed upfront, humble and honest about fame and success and yet she knew what type of artist she wanted to be.  She’s not manufactured, a teeny-bop or a pin up.  She wanted to be real and authentic – true to herself.  She had a rebellious spirit and her music became her emotive outlet, writing and singing subjects that mattered to her.  Her poetic lyrics were personal and came from the heart, now taken on extra meaning once placed in context in the documentary.

It seemed fitting that that I selected “Love is a Losing Game” as my quote for this review.  Taken from her album, Back to Black, somehow it seems appropriate.  For someone who had so much love and talent, it’s amazing how quickly it descends to the point of no control.

The documentary takes a darker turn, highlighting the self destructive addiction within Amy’s personality.  For years she battled drugs, alcohol, depression and bulimia, the catalyst derived from personal experiences growing up.  For someone who was vulnerable and fragile, the realities of success and fame added fuel to the fire, unable to cope with the pressure.  There were times of intervention but no matter what was done, in the end she couldn’t escape her own personal demons that plagued her short career.

I can see why the immediate family didn’t approve the final cut of this documentary.  I’m not here to dispute what was fact or exaggerated because like you and me, we weren’t there or know Amy personally.  But the documentary does paint Amy Winehouse negatively – faults and all.  Of course you want to remember the music and be celebratory of the creative talent that she was and yet it’s an aspect that you simply can’t ignore.  A good documentary pushes the boundaries, tackling uneasy subjects that are designed to instigate debate.  Whilst there’s a few unanswered questions, Kapadia’s documentary becomes a raw, unflinching, no holds barred exercise in tough love and circumstances.  He presents real life.

Kapadia explores aspects of Amy’s life that we’re not privy to, shedding new light on familiar stories behind the ever present media circus.  These insights are personal and moving, providing us the emotional context.  Whilst the moments come off as shocking, it also paints Amy Winehouse as a deeply flawed and sympathetic personality, especially in scenarios where she lacked the key elements in her world – empathy, understanding and compassion.  All she wanted was to be loved and to make music on her own terms. Yet she found herself in bad situations with her popularity being taken advantage of.  She was either hassled by the press or contractually obliged to be on tour when clearly she wasn’t physically or mentally right to perform.

Amy Winehouse’s story is as familiar as Kurt Cobain, Michael Jackson and Whitney Houston – shining stars who left us too soon which this documentary ultimately recognises.  Amy lived life fast, too fast you might say and died young at the age of 27.  So much of a life not yet explored or fulfilled.  No new material to be heard ever again.  That realisation can be hard to take which makes this documentary incredibly sad.

But in the end, it’s always about the music.  That’s what we remember artists for.  Their music becomes their legacy, through the good, the bad and the ugly and this documentary treats you to her popular songs as well as unreleased demo recordings and materials.

Running at a lengthy 2 hours and 8 minutes, Amy is a deeply moving, powerful and balanced documentary on a complex individual.  At times it’s not an easy watch but it’s certainly worthy of my highest recommendation.

I may not have been an Amy Winehouse fan before, but it certainly made me appreciative about her work.  When you have talent, that’s something you can’t take away.