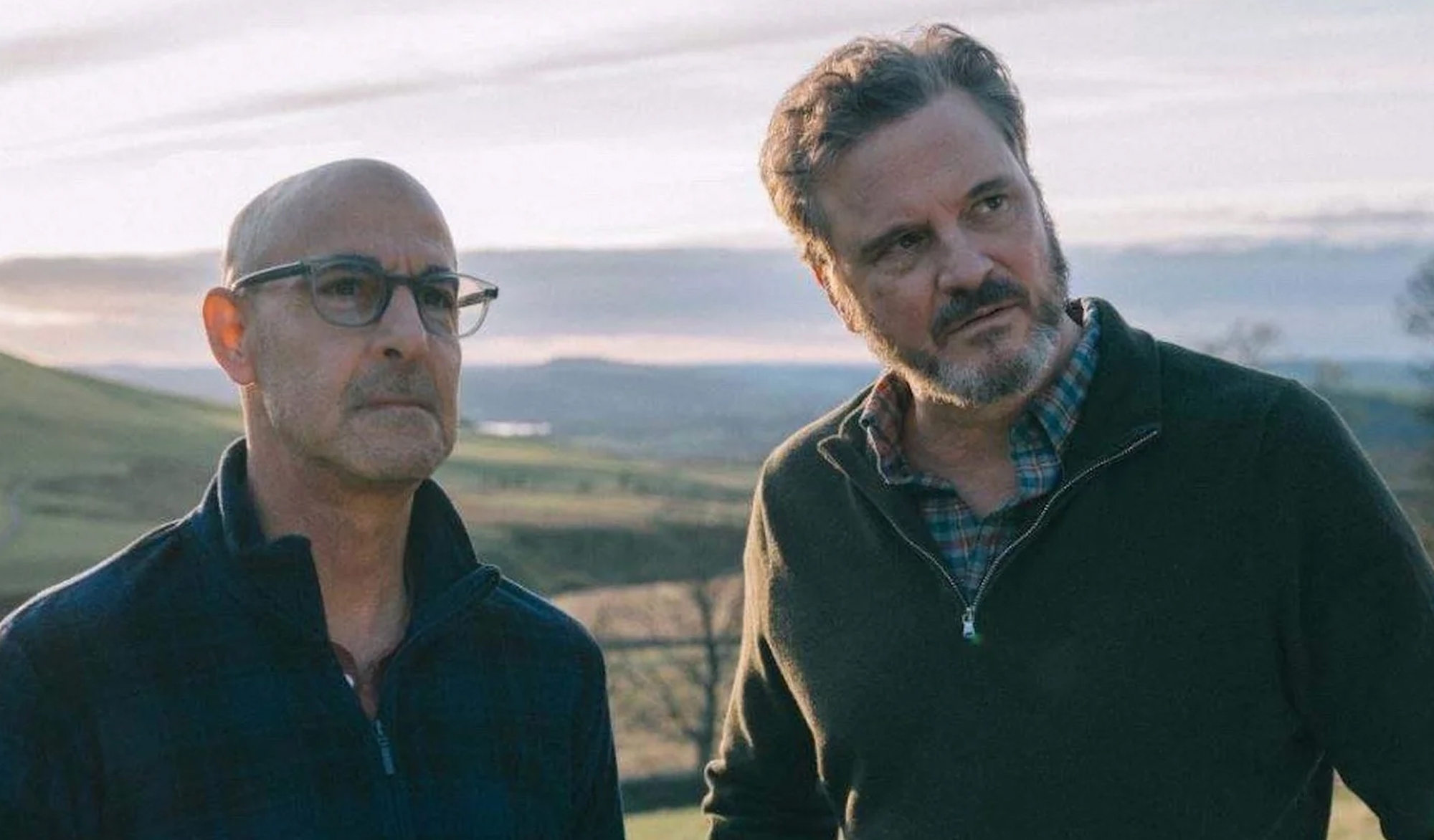 Harry Macqueen's Supernova is a heartbreaking examination on dementia and the gradual loss of self.

There’s a powerful scene where Sam (Colin Firth) reads through Tusker’s (Stanley Tucci) notebook, an author by trade with notes for an upcoming book. The smiles, the personal memories he has of Tusker’s eloquence quickly turn into paralyzing fear. Each page once filled with vibrant and detailed thoughts slowly transition into empty spaces and repetitions of Tusker trying to write a single word.

It’s the type of low-key horror that cement Harry Macqueen’s Supernova. The monster is not something that lurks under your bed or stalks your neighbour under Halloween disguises. The unrelenting horror, the psychological invading force is dementia, or as the film examines, a heartbreaking and gradual loss of self.

It’s worth noting that Supernova is very much a middle-class depiction about dementia. With the bourgeois lifestyle it permeates, from scenic drives, country homes and surprise dinner parties, it explores its delicate subject matter through luxury and privilege – an environment (depending on class, income, and culture) that wouldn’t be the same for everyone. The struggles will invariably be different and complicated. Furthermore, it’s a film that heavily relies on the star power of Tucci and Firth, both delivering an emotional and committed performance as a middle-aged gay couple. But it does drive a curiosity (especially in a climate when audiences are asking for better representation) as to why LGBTQ actors weren’t considered. I know I’ve answered my own question (as to the reason why). The decisions are at the director’s prerogative; it does not take away the poignant craft and tenderness that Harry Macqueen’s film exhibits. But they feel like inevitable talking points.

It, therefore, resorts to a simplified but incredibly effective take, where Sam and Tusker venture on one last holiday before Tusker’s health deteriorates further. Through humorous, comedic exchanges establishing their ‘odd couple’ quirks as they travel through the serene countryside (captured beautifully by Dick Pope’s cinematography), Macqueen sets the bar high for the oncoming onslaught of gut-punching emotions.

This is a film about coping mechanisms, placing its central characters on a daunting and inevitable grief cycle. What happens when your loved one is slowly disappearing in front of you, rendering you powerless to stop it? How do you fight back, putting on a brave face where possible, so it doesn’t dominate discussions? Or how do you accept the inevitable, letting go so life can move on? One can’t begin to imagine what that does to a person, and yet, that is where Macqueen places its audience – in a state of mourning. As avatars, this is the dilemma Sam and Tusker find themselves in, tiptoeing around their emotions in planning for the future. Sam wants to take care of him. Tusker doesn’t want the reminder he’s ill. But as a joint force, they’re not ready to let go, battling to retain their normalcy for as much as possible. A dinner party speech amongst friends becomes a sacred love letter between life partners confirms that. But every scene is a quiet goodbye, wrought with endless questions that are covered up with poignant smiles and silent glances until it reaches its pivotal breaking point.

Macqueen’s script is littered with philosophical exchanges and allegories where the film is at a constant gaze towards the stars. In one scene, Tusker explains to a little girl about the composition of stars. Tusker’s love of stargazing is undeniable, telling how to map out the constellations. Macqueen easily could have gone overboard with a lot of its melancholic and transcendent dialogue but finds enough balance between restraint and sentiment to be invested in Sam and Tusker’s emotional plight.

What you end up with is its leading stars in outstanding form. Tucci is a natural show stealer, enjoying being at the centre of attention and jokingly comparing the voice of a sat nav to Margaret Thatcher in explaining how demanding and authoritarian its directions are. But the genuine humour he possesses, slyly digging at Anglophile culture but marvels at its company is that much-needed levity he injects into the story. And when he’s not ‘life of the party’, he brings assuredness and calm when grappling with the difficult decisions his character faces. But it’s Firth’s Sam which can go under the radar in an understated performance. With quiet reserve, the unshakable pain, distress and denial are etched into his facial expressions, knowing he has to carry the burden of watching his partner slip away with every passing moment.

The secondary cast which includes Pippa Haywood and James Dreyfus get rare opportunities to shine when they are bit players in the drama. They are outsiders looking in, in Macqueen’s script. They’re opinions or beliefs are not the priority or concern. That gaze, full of intimacy and affection, is honed in on where it matters – the people whose lives will drastically change.

In a film that celebrates the fragile fabrics of life, Supernova is a moving, touching tribute to those who face those uncertain paths. In a flawless performance by Firth and Tucci, their believable on-screen chemistry invests in their brilliant character development and its subsequent vulnerability. And with moments of sincere empathy in understanding the human condition, it is a film worth seeking out.

SUPERNOVA screened as part of the BFI’s London Film Festival 2020. Out in UK cinemas 20th October 2020.