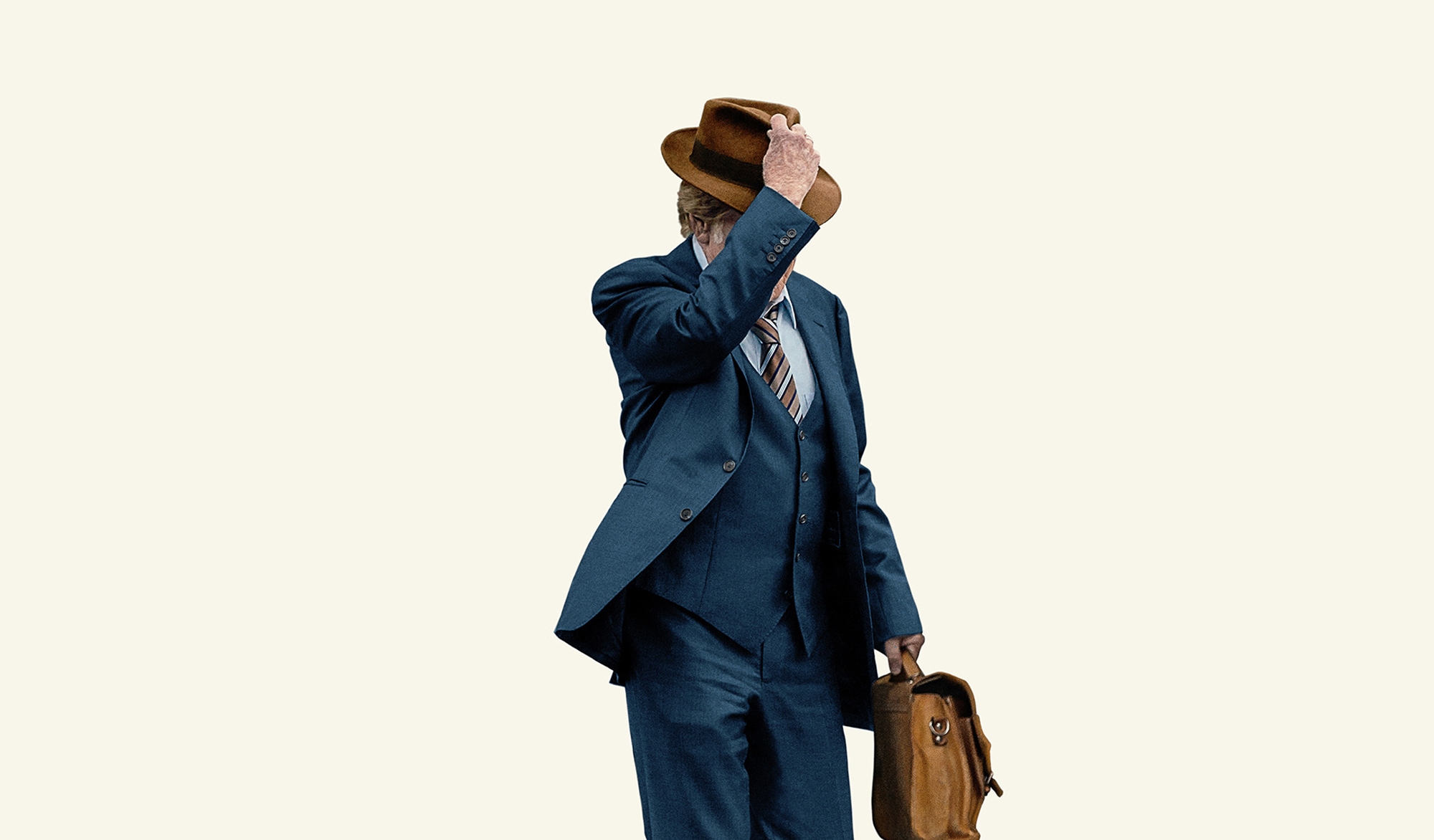 When Robert Redford recently announced his retirement, it felt like an end of an era.

Retiring from the profession that made him highly ubiquitous and legendary doesn’t sit right at all.  Whether it is All The President’s Men or All is Lost, it’s still the sneaky feeling that he still has more to give.  He’s talked about retirement once before and then ended up doing a Marvel movie and the remake of Pete’s Dragon!  But with the full acknowledgement and respect, his career is a ‘been there, done that’ highlight reel of outstanding performances.  He doesn’t have anything left to prove, but judging the quality of The Old Man & the Gun, it’s the icing on the cake to an illustrious career.

The idea of legacy is a well-made example of the brilliance that The Old Man & the Gun holds sincerely and profoundly. When our lives are not dictated by the conventional nine to five, we live through the prism of adventures and experiences.  When we reflectively look back on our lives, we wonder two things – how did life go so fast and was our life worth it in the end?  If we’re lucky enough to reach a ‘ripe old age’, should we give up what we love? Between Redford and Casey Affleck as John Hunt – a forty-year-old police officer dissatisfied with his career, The Old Man & the Gun delivers a notable variation in fortunes and one last chance to do something incredible.

Delivering an all-embracing romanticism, that overall theme envelops The Old Man & the Gun as a celebration of doing what you love and doing the best life you can. It’s just in this significant case that it involves senior pensioners robbing banks! No retirement homes needed because the film emits a passionate state – “who says getting old has to be dull?!”

With Redford as lead, The Old Man & the Gun can’t escape the inventive and transcending comparisons between Redford’s character Forrest Tucker and Redford’s film roles. It has the incredible ability to blur between those lines but lovingly, has a smooth, long-lasting quality that evokes an attractive charm. You can see the loveable rogue from Butch Cassidy and the Sundance Kid, right down to the moustache. There’s the wink and a smile playfulness from The Sting, sharp-suited, magical and outsmarting the law that would have made his mentor Henry (Paul Newman) proud. If you pay close attention, you will catch a subtle but ingenious tribute to The Sting.

What writer/director David Lowery (A Ghost Story) amplifies is that classic Redford persona and how his character managed to get with so many robberies.  It’s not just the lack of security at the banks which he was able to take advantage of – it’s because he acted like a gentleman.  If anything, you can never re-imagine the ‘heist genre’.  It will always follow the same conventions of expectations.  But with a charming conviction throughout, Lowery does attempt to initiate the equivalence of an ‘old school’ operation with an ‘old school’ camaraderie with Teddy (Danny Glover) and Waller (Tom Waits).

But its sweetest application where it finds its core, heartfelt strength is in the relationship between Forrest and Jewel (Sissy Spacek). When there’s a youthful indulgence of actors to pick from, by Hollywood standards, seeing older actors in dominating roles may not have left the script stage yet alone go into production. But The Old Man and the Gun is an excellent example of the combination working. They remind us in a beautiful way that age has no barrier.  Their conversations are whip-sharp as a continuous ‘push and pull’ of their morals which is worth seeing.

David Lowery brings a pitch-perfect balance that would reinvigorate your cinematic soul. Beaming with 70s/80s nostalgia both in tone, execution and Daniel Hart’s jazzed-filled soundtrack, I’ll be very shocked if you didn’t walk away from this smiling from ear to ear.  Its only downside is that its supporting characters don’t get much attention or much application to grow.  However, when it’s all said and done, this is a Robert Redford film, and The Old Man & the Gun is comfortable knowing that.

Somehow you don’t think this will be the end for Robert Redford.  That’s not the lasting impression that Lowery leaves.  But if he does keep to his promise, then his swan song ends on a high note.

THE OLD MAN & THE GUN is screening as part of the BFI’s London Film Festival 2018.  For screening details and ticket availability, please visit their website for more details.