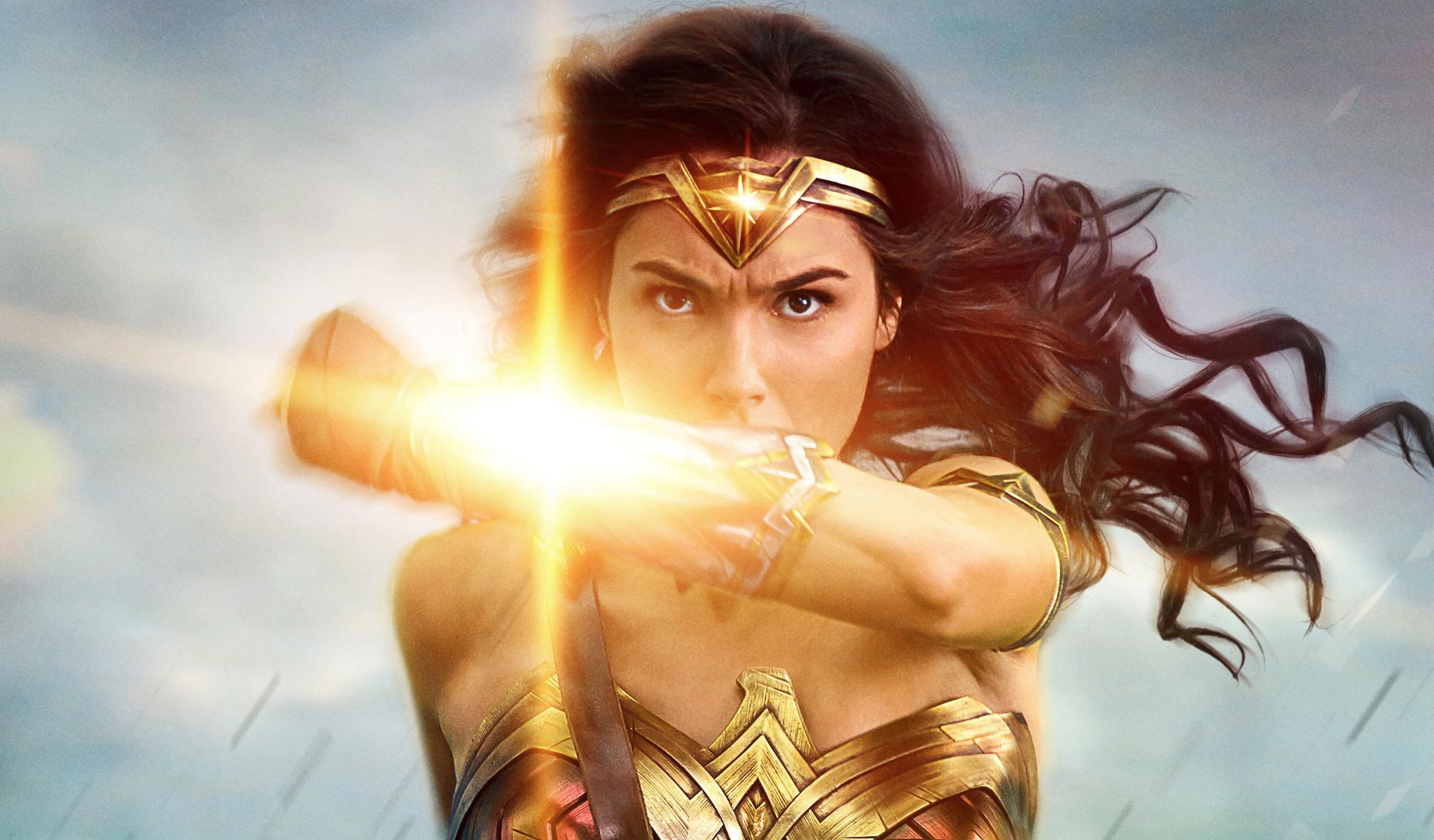 “Be careful in the world of men, Diana. They do not deserve you.”

It is ironic how the above quotation sounds relevant in light of James Cameron’s recent comments.

In an in-depth interview with The Guardian, he downplayed the success of Wonder Woman for being “misguided” in its “self-congratulatory back-patting” by the industry, calling the character an “objectified icon” and represents a “step backwards”.

When you slice through the obvious anger that stems from the comments, there is a small argument of validity when placed in context.  We all have to respectfully remember that James Cameron gave us the first two Terminator films, the sequel to Ridley Scott’s Alien, The Abyss and Titanic – films which have embodied strong, independent and vibrant female characters who refuse to be knocked down and risen above challenges.  My favourite happens to be Ellen Ripley for her bravery and persistence in amongst the naive bravado from the Marine Corps in facing an uncompromising enemy.  During The Guardian interview Cameron felt like he was “shouting in a wind tunnel” when it comes to Hollywood’s slow progression at depicting powerful women.  In his words, “how many times do I have to demonstrate the same thing over again?”

In all honesty, the comments highlight a rigid and systematic issue in regards to Hollywood.  For far too long Hollywood has been dragging its feet with its representation of female characters, often portrayed as sex objects, sidekicks or damsels in distresses in a clear male dominated landscape.  They responded in reactionary fear using marketing or genre economics as a justifying factor as to why female driven films can’t succeed.  When it comes to giving a project the green light, how many excuses have we had about why there hasn’t been a Black Widow movie despite Scarlett Johansson being named the highest grossing actress in 2016 and has been a member of The Avengers since she first appeared in Iron Man 2?  We’ve seen Marvel give us their second tiered superheroes in Ant-Man and Doctor Strange and yet a female superhero has been strangely absent until their recent announcement of Captain Marvel starring Brie Larson.

Having said all that and as much as James Cameron is entitled to his opinion, his comments are disappointing and unnecessary.

With comic book cinematic universes in full dominance, that lack of female perspective is telling.  In over thirty years, the cinema audience has seen more versions of Superman, Spider-Man and Batman than Wonder Woman films.  Wonder Woman is backed by over seventy years worth of comic book history yet the fact that we’ve had to wait until 2017 for her full cinematic debut is a Catch 22 scenario – sad yet highly welcoming at the same time.

I wish the cinematic world was a little different in which I could roll off more examples beyond Halle Berry’s Catwoman, Jennifer Gardner’s Elektra or Helen Slater’s Supergirl – films which have been used as examples to justify the lack of female superhero films due to poor performance when in reality the quality of those films were terrible.  That “self-congratulatory back-patting” might have been directed to the Hollywood execs finally turning an important corner in realising an audience demand.  But Wonder Woman’s success is significant not because of the financial rewards or the natural anticipation after two somewhat disappointing DCEU films that came before it.  Its success is justified because of the important values that Wonder Woman communicated.  It’s a positive and thoughtful change from the overused and tiresome end of the world, light beam in the sky and mindless destruction complex.  The quality of Wonder Woman stands on its own merit.

As mentioned in my film review in justifying the DCEU’s dark tone, “Wonder Woman is that hope coming back full circle, expressed not as a gladiatorial PPV fight night but with an expression of love, empathy and compassion.”  Director Patty Jenkins and actress Gal Gadot bring Diana Prince to life with a purposeful grace, nuance and tone that’s respectful of her progressive history.  She’s not viewed differently from any other comic book character, focussing on the essence of what makes a transformative hero.  Like a throwback to the 1970s with Christopher Reeve’s Superman, that old-fashioned and colourful optimism is recreated, her character defined by her actions and her strong beliefs in humanity, despite their flaws.  We as the audience can believe in a fantastical heroism again as signified by the brilliant No Man’s Land scene.  She announces herself to a male perceptive world by challenging conventions to help the innocent.

Those qualities epitomise her character, an inspiration which has captured the hearts and minds of the cinema-going audience for both genders.  To view her simply as an “objectified icon” of “male Hollywood doing the same old thing” is a naive statement which overlooks the relevancy or cultural impact that she stands for and the creative direction of Patty Jenkins.  We don’t judge or view Chris Evans as Captain America solely on his physique despite looking like a chiselled Greek God.  We look at the selfless values in which we wish the world would embrace in unlocking the inner hero inside of us.  It’s a message which clearly shines throughout Wonder Woman.

By Cameron’s reasoning, characters like Sarah Connor do more for feminism than Wonder Woman, negating the issue based on realism and flawed characteristics as a definitive concept.  But why is a female’s strength defined purely by their flaws or how hard or tough they have to be?  Why can’t Wonder Woman be another representation and perspective especially in a near empty void of female comic book films?

If the Oscar-winning film Moonlight demonstrated one thing is the alternative view in challenging pre-conceived notions of masculinity.  Just because you are different doesn’t make you less of a man.  It goes against the grain in depicting a character navigating three challenging episodes that shape his identity.  We’ve seen so many films that cover the full spectrum of male personification and that freedom should exist for female characters as well.  There is no single definition or as Patty Jenkins brilliantly responded, “there is no right or wrong kind of powerful woman”.  Jenkins does not glamorize Diana Prince in the same way that Cameron does not make Sarah Connor a victim.  Whether a character is flawed or beautiful shouldn’t be the basis to qualify who is more heroic or realistic than the other.  They are their own inspiring inspirations in the same way that Buffy and Dana Scully were my female TV inspirations in the 1990s with Buffy the Vampire Slayer and The X-Files respectively.

James Cameron could easily come out and re-clarify his comments or recant them but the truth is words matter in the same context that representation matters.  Wonder Woman is not a step backwards.  It’s a long overdue step forward in an industry which has made excuses in maintaining the status quo.

Wonder Woman is a sign of evolving progression, shedding its chequered past from its creator into a symbol which is more relevant now than ever.  Is the film perfect? No – but it ultimately represents a different kind of superhero.  You only have to look at this year’s Comic-Con where women of all ages, nationalities and races dressed as the Amazonian warrior to realise how much that film meant.  We finally have a cinematic hero we can look up to.

In an ideal world this topic will eventually become a non-issue and that we’ll see more examples, voices and perspectives of female driven films, judged not for its gender principles but on its quality and substance.  Wonder Woman is a notable start and there is still a long road ahead, but changing attitudes and expectations has to be the desired first goal.