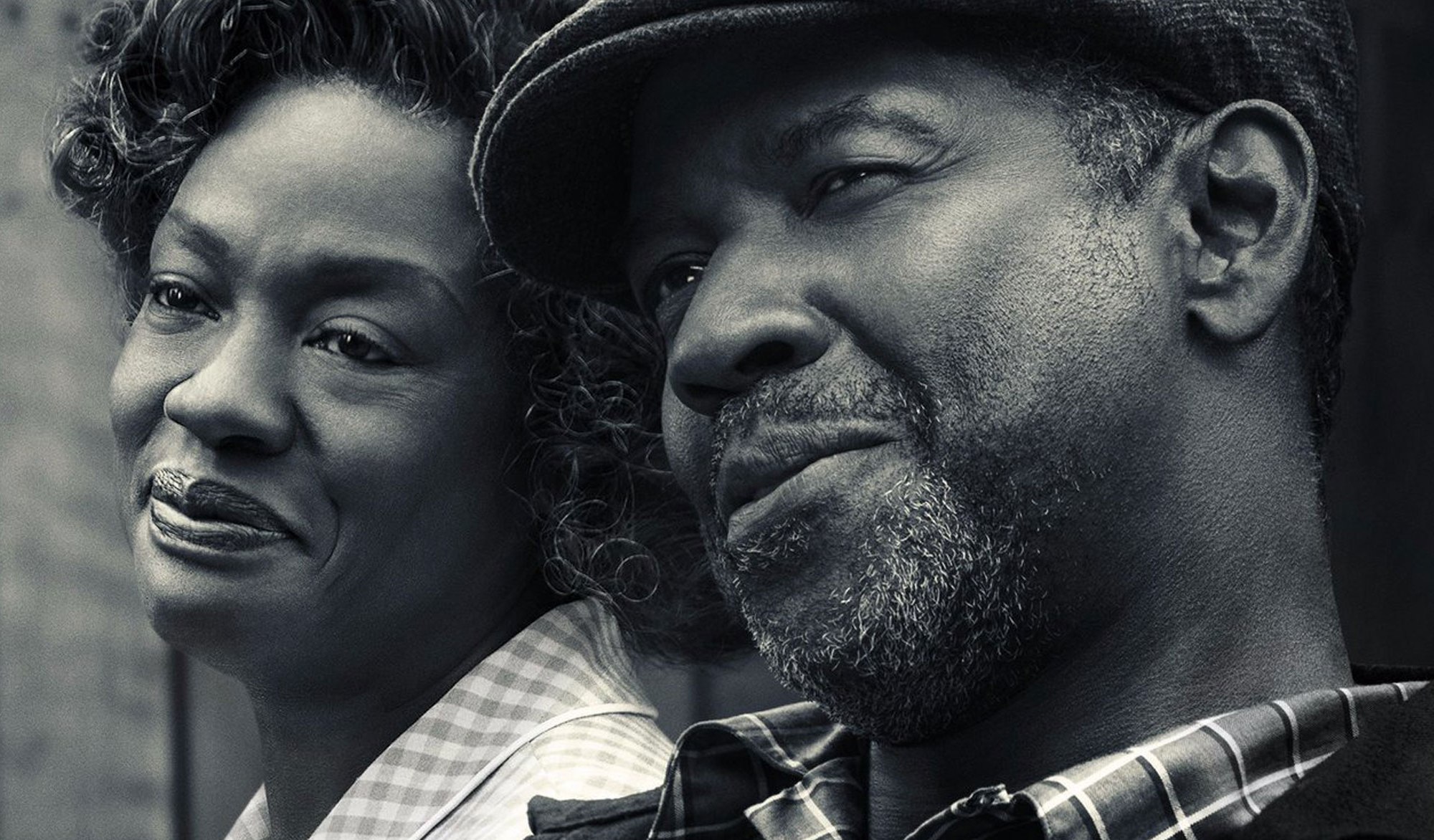 There is an air of confidence when it comes to Fences.  It’s a film that knows exactly what it wants and what it wants to depict.  Denzel Washington and company do an amazing and commendable job, but in reality, the weighty and dramatic source material comes from one man – American playwright and Pulitzer prize winner August Wilson.

Fences is part of Wilson’s The Pittsburgh Cycle, a series of plays documenting the life of African-Americans in the 20th Century.  It was designed to “raise consciousness through theatre” and echo “the poetry in the everyday language of black America”.  But here’s the thing.  For a source material so strong in its foundation in depicting the cultural understandings of black America, it develops something more.  It can be viewed as something that transcends race, formulating itself as a humanistic drama dealing with everyday struggles and sacrifices.

That core reliance is what makes Fences an essential watch.

“Like you? I go outta here every morning, I bust my butt ’cause I like you? You’re about the biggest fool I ever saw. A man is supposed to take care of his family. You live in my house, feed your belly with my food, put your behind on my bed because you’re my son. It’s my duty to take care of you, I owe a responsibility to you, I ain’t got to like you! Now, I gave everything I got to give you! I gave you your life! Me and your Mama worked out between us and liking your black ass wasn’t part of the bargain! Now don’t you go through life worrying about whether somebody like you or not! You best be makin’ sure that they’re doin’ right by you! You understand what I’m sayin’?” – Troy

Fences comes into a slight criticism because of its direction.  There’s nothing glamorous, glitzy or cinematic.  Its stage play roots are obvious and is transferred to the big screen.  The conversations are fast, sharp and rhythmically on time as it moves from one area to another in the family home.  On occasion it breaks that monotony by having scenes in other locations.

Some would argue that it’s very limited in terms of scope, especially when you have the whole of Pittsburgh at your desire.  However, in reality the locations didn’t become a distraction.  Why?  Simply because you are automatically pulled into its dramatic weight of the performances.  You watch a seemingly happy family unit start to disintegrate, set against the backdrop of an ever-changing world of 50s America.  In this small pillar of the world, the Maxson family provide an insight in the cultural changes that surround them including racism and segregation, upbringing, crime, hopes, dreams, relationships, responsibilities and most importantly opportunities for the young generation.  It’s handled in a cycle full of reality checks, brutal honesty and past mistakes.

That’s the beauty about Fences.  It encapsulates a plethora of challenging subjects in a tightly constructed film.  Everyone has a balanced viewpoint in their decisions and the film (very much like the play itself) doesn’t try to judge.  It simply provides context, allowing you to decide on what you believe is the right moral outcome.

The source of that constant tension comes in the form of a generation gap.  Troy Maxson (Denzel Washington) had a troubled life.  Growing up in the harsh reality of the world alone, he left home at the age of 14. He had to fend and fight for himself in every situation including spending time in prison – a period of time he’s not proud of.  He could have played Major League baseball but was held back because of the colour of his skin.  Despite the hardships, he has a steady job as a bin collector and tries to do the right thing by his family.

There’s a bitter stubbornness about Troy.  He’s cynical and mistrustful of the world, rooted by the past without getting anything substantial back in his life.  His conversations reflect that, often portraying a level of prideful hard-headiness that he refuses to see anything else.  It’s the slow and compounding realisation of coming to terms with the significance of his life.  That belief comes into direct conflict with his son Cory (Jovan Adepo) who has an opportunity for a college football scholarship.  Every time it’s mentioned or pursued, Troy purposely and stubbornly derails it.

It’s hard not to see it from Troy’s point of view and it’s echoed in one particular scene.  His son asks him about spending $200 on a TV.  Troy dismisses the idea – $200 is better spent on fixing the neglected roof.  Troy’s foundation is based on strong, practical principles, rooted in responsibility.  If he doesn’t take care of it or stand up to it, in the case example of the TV set, water would leak through the roof and destroy it.

It’s not to say Troy doesn’t love his son.  Cory looks for reciprocal approval and affection but ultimately, Troy wants his son to have a better life – to not go through the hardship and learn a life skill and trade that can’t be taken away.  At the same time, because of the changing reality of the world and the opportunities granted for young people, Troy can’t see it as a positive, still haunted by his past experiences.

In Fences it’s the careful handling of that balanced dynamic.  Baseball analogies are mixed in to showcase the duality of life.  However, Troy may be the dominant force but he’s an incredibly flawed man and his secret threatens to tear his family apart.

Troy: “It’s not easy for me to admit that I’ve been standing in the same place for eighteen years!”

Rose: “Well, I’ve been standing with you! I gave eighteen years of my life to stand in the same spot as you!”

Viola Davis as Rose does something incredibly powerful which is a perfect match to Denzel’s Troy.  The more the film evolved, the more I paid close attention to her.  When we first see Rose, we are presented with the easy establishment of roles. Troy is the provider and Rose is the respectful and dutiful wife.  She would often correct Troy’s exaggerated and slightly misleading stories but also provide a nurturing and loving presence around her children.  She counter balances Troy’s abrasiveness.  At first you would think she has little impact or control.  The first half of the film is clearly about Troy.  However, when Troy’s secret is revealed, she steps to the forefront that is both strong and forgiving in a sacrificial way.

Whatever dreams or hopes she once had were put on hold for the sake of her family.  Her outburst is a wave of frustration and anger and slowly the film’s axis starts to turn.  The power that Troy once had is shifted.  Despite placed in a difficult position, she still manages to be sympathetic in a situation where it might not come so easy to anyone else.  It’s because of this balanced and rounded performance that Viola Davis shines.  Personally I don’t agree that her performance is a Best Supporting material.  Her performance is worthy of Best Actress and would totally win the award.

It is evidently clear to a cinema-goer that Fences means a great deal to both Denzel and Viola.  Fences becomes a double metaphor to address the trials and tribulations of life.  You protect yourself from the outside world but also protect yourself from the inside, hoping nothing gets out.  Having performed the stage play in New York, for Denzel and Viola the transition between the stage to screen is seamless.  People may argue that Denzel is being classic Denzel without stretching his acting abilities too far but that’s a little unfair.  It’s one of his strongest performances because it’s effortless.  He makes it look easy.

That in essence becomes the real success.  For a faithful adaptation, you forget about surroundings and locations.  You forget about its limitations.  This is a film about characters, pure and simple.  In Denzel and Viola, you have two actors who knock it out of the park.