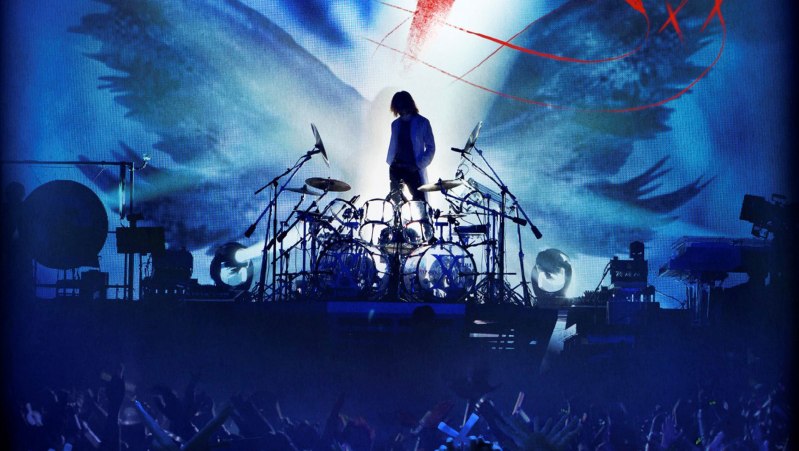 We Are X is unconventional to say the least.  Usually when it comes to an insight into a rock band, it’s usually the same story involving sex, drugs and rock n’ roll.  But We Are X escapes that formulaic storytelling cliché by delving into something far deeper, personal and existential.  For X Japan’s existence, it’s a real case of life and death.

Like all artists, what drives and inspires them becomes fundamentally integral.  In the case of Yoshiki, being part of X Japan became a creative outlet for a dark and tragic past.

His father’s death at the age of ten was something he didn’t understand, left with only existential questions about life and death.  The topic of suicidal death is never far away, in fact it haunts the documentary with its eerie presence.  Yoshiki comments on the subject as a selfish act because the people you leave behind are left with fragmented pieces of a life.  At one point, death is viewed as a tragic curse.  His mother threw away her husband’s belongings to cast away bad spirits (Yoshiki has one remaining picture of his father’s existence). He’s certainly been close to death himself, contemplating his own existence and anger until his mother brought him a drum kit.  In his own words “instead of breaking windows or breaking things, I started banging drums.” 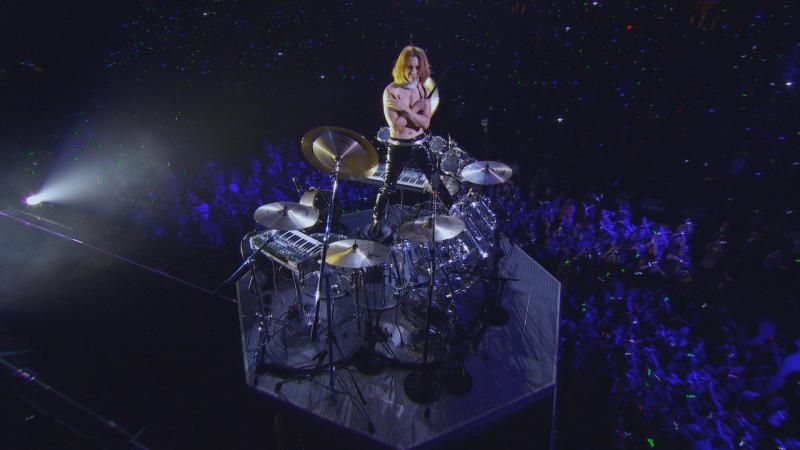 It’s evidently clear that X Japan means more than just some group playing music together.  Rock bands never achieve cult status without something motivating them and X Japan are no different.  They represented an escape from a dark reality that could have consumed Yoshiki.  By rising above the deep sadness and pain, he found an exorcism avenue (along with his best friend and lead vocalist Toshi) that would change the landscape of Japanese music.

The documentary showcases the empowerment with Yoshiki, the full embodiment of living life to the fullest.  Rock music was far away from his mindset when growing up, seemingly destined for a career as a classical pianist until his father passed away.  His mother was told that her son wouldn’t make it into adulthood and yet Yoshiki re-defined the odds despite suffering from a fragile weakness and minor health related problems.  In every performance there is a defiance, a foreboding and overwhelming acceptance – if he dies, he wants to make sure he gives it everything he’s got, to leave no stone unturned and have no regrets.  He may suffer the pain that comes along with the huge physical exertion on his body but when he’s on stage, he’s home.  He’s alive.

For X Japan, every song, every flamboyant look and every performance is a kinetic connection between themselves and their audience.  For a conservative country, X Japan’s music was a cultural revolution, laying the foundation of Japanese Rock.  They were pioneers of “visual kei” – a Japanese movement of freedom and expression through music and art inspired by Western hard rock groups like Kiss and Twisted Sister.  It awoke an identifying spirit amongst their followers, their songs spoke volumes about their own lives.  The level of fan devotion may feel a little over dramatic (and in some cases fatally dramatic) but it’s easy to see why X Japan broke so many boundaries, paving the way for acts such as MUCC and Luna Sea.  Like all good music, they transcended race, culture, language, musical genres and even countries, becoming the first heavy metal band to go mainstream.

The documentary is a little one-sided, mainly taken from the perspective of Yoshiki but director Stephen Kijak ensures that each member of the band tells their story.  It’s an interconnected jigsaw puzzle using archival footage, rehearsals and interviews to put all the pieces together.  Those pieces become a vital component, capturing the challenges X Japan faced which led to their break-up in 1997, reforming in 2007 and preparing for their U.S. concert at Madison Square Garden in 2014.

It is at this point where the documentary goes into a league of its own. 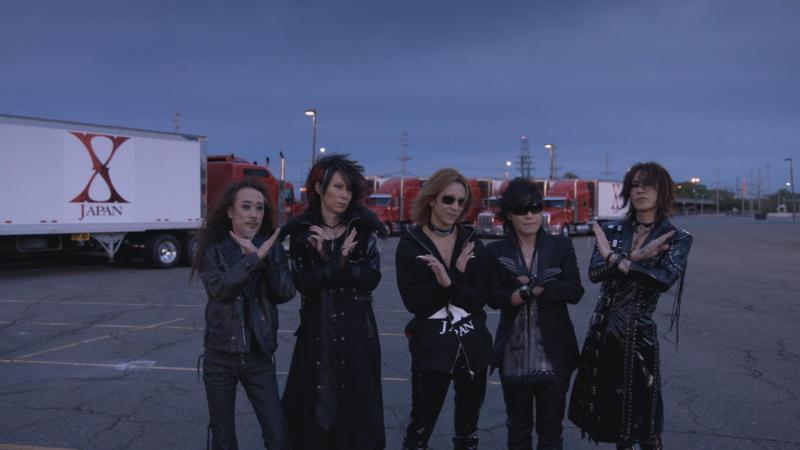 The tragic deaths of former band members Hide and Taiji is etched into their history.  Yoshiki talks about them with sadness and an everlasting affection.  When questioned on why Taiji left the band, he apologetically refuses to elaborate.  It’s Yoshiki’s solemn way of demonstrating respect by not allowing bad memories cloud judgement on how important he was to the group. The documentary heads into darker territory by exploring the background with lead singer Toshi who was brainwashed by a cult and subsequently left the group.  On the surface it’s too unbelievable to comprehend but it becomes another eventful chapter.

It’s easy to infer the level of responsibility that Yoshiki felt, not only as a founding member of X Japan but the connection he has with the group.  The band is his family.  There’s a resounding dream to play overseas and at crucial moments, there’s a derailment.  As well as personal obstacles, the documentary explores the band’s language and culture barrier they faced as their popularity began to rise.  In their attempt to break the U.S. market, they faced pressure in the early 90s, experiencing an unspoken prejudice and attitudes in how their music would appeal to American audiences.

Because of its informative avenues, We Are X becomes a fascinating documentary that will appeal to any music fan.  Stephen Kijak and X Japan educates you about their history in a chronological way.  Their achievements are endorsed by familiar faces such as Gene Simmons, Stan Lee and Marilyn Manson who are in no doubt in describing their love of X Japan and their cultural influence.

But the greatest achievement is that the documentary is a real insight and introduction to a band most people would never have heard of, including myself. On that simplistic level, We Are X is a journey into the unknown but you’ll feel glad to have watched it.