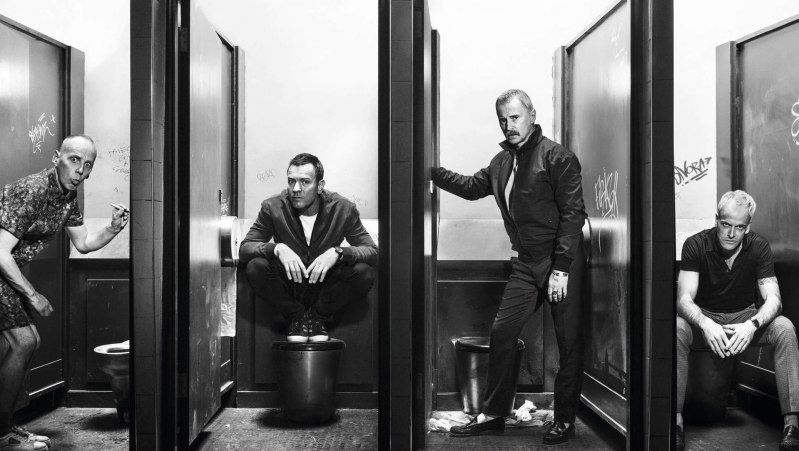 It’s been twenty years since Trainspotting.  It’s a film that not only changed the landscape of British cinema but defined a cultural identity of the 90s.

There’s always a fear when a film comes back for a sequel.  Given Trainspotting’s cultural and cinematic impact, it’s obviously impossible to recapture the ‘lightning in a bottle’ magic.  It’s been twenty years and that’s a long gap.  The world has changed, for better or for worse.  The relevant question is, does the new film have anything meaningful to say to justify its existence?

The answer is yes.

“Choose life. Choose Facebook, Twitter, Instagram and hope that someone, somewhere cares. Choose looking up old flames, wishing you’d done it all differently and choose watching history repeat itself.  Choose your future. Choose reality TV, slut shaming, revenge porn. Choose a zero hour contract, a two-hour journey to work and choose the same for your kids, only worse, and smother the pain with an unknown dose of an unknown drug made in somebody’s kitchen.  And then… take a deep breath.  You’re an addict, so be addicted.  Just be addicted to something else.  Choose the ones you love. Choose your future. Choose life.” – Renton

T2 Trainspotting works if you’ve lived and breathed the impact the original film had.  If you thought British cinema was just about period dramas, posh aristocratic voices and corsets whilst subconsciously reinforcing a class system, then Trainspotting was the equivalent of a tornado storm sweeping through a town whilst sticking two fingers up at the establishment.  That or the ‘you’ve been Tango’d’ drinks adverts that were popular in the 90s…

But most importantly, Trainspotting put Scotland on the map.  It gave it a voice and spoke to a generation.  The city of Edinburgh was the backdrop and it became its own living and breathing entity as well as the characters that represented it.  It’s the presentation of the harsh and youthful reality of friendship in a drugged fuelled culture and its addictions amongst the detachment from the rest of society.  It did it all with a surreal yet poetic exploration.

In essence, T2 Trainspotting is the nostalgic remembrance of that life.  If the first film was like watching through the lens of a drug addicted fever, then its sequel was like going through rehab.

It’s a film laced with nostalgic irony, signified by the opening shot.  The original was an abrupt start of energetic running only to be replaced in the sequel by a sign of conformity – everyone running on treadmills in a gym.  The ever-changing city of Edinburgh that’s culturally historic is juxtaposed with the corporate industrialisation and CCTV culture.  Old buildings are knocked down and cars are dumped on the scrap heap in favour of new establishments and business adventures.  We now live in an interconnected, media culture society thanks to technology widely available at the touch of our fingertips.  The pulsating and kinetic soundtrack from the original is teased but the context has a different and significant meaning.

Just like This is England, the passage of time becomes the ultimate factor.  We all age.  We all grow up.  Our lives change due to circumstances.  We’re not the same person as we were before.  But T2 is not about treading on old stomping grounds, thus rendering this film as simple cash-grab.  It addresses the emotional consequences in our lives.  If life is a stage, characteristics such as love, heartbreak, respect, regret, mistakes and betrayal all play their part.

For Renton (Ewan McGregor), Sick Boy (Jonny Lee Miller), Spud (Ewen Bremner) and Begbie (Robert Carlyle), they’re frozen in time as the world ticks on.  They’re rooted by the past of their youthful glory days.  They bonded and revelled in their freedom and the ‘Choose Life’ statement was a badge of honour.  Twenty years later, it’s the art of reconciliation and acceptance on how their lives have turned out.  The difference is, it’s not without any casualties or wounds that refuse to heal.

Sick Boy and Begbie look at their past with anger.  With the drug money stolen by Renton, their lives didn’t reach their full potential.  Whether it’s running a pub or being stuck in prison, they fall back on their old crime habits.  It becomes a default setting they can’t negotiate out of, especially Begbie who is always one motion away from going full-blown psychopath.  Renton’s reappearance and reintroduction becomes a revengeful catalyst to define their motives.  Spud still can’t escape from his drug addicted lifestyle whilst Renton finds aspects of his new life challenging. 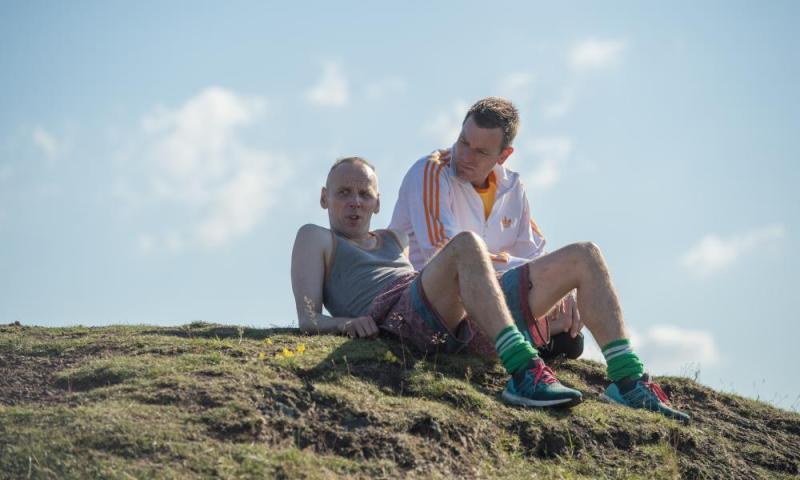 In the end, it becomes an inescapable burden for them all and slowly but surely T2 becomes a generational piece.  The aggressive changing of the city is tied together with the revelation that Renton, Sick Boy, Spud and Begbie are not children any more.  T2 is the examination of the loss of that youthful innocence.  The heroin culture joined them together and life tore them apart.  They’re grown up adults, a product of a dissatisfied generation who are dissatisfied with their lives.  Whether they like it or not, they’ve become father figures to the upcoming younger generation.  The working class and urban lifestyle has changed both culturally and internationally.  Where there was a lack of opportunity in their day, left behind by unemployment, poverty, economic and industrial change, is now in abundance for those who wish to seek it amongst the young.

Therefore tonally T2 is a massive departure from the original.  No longer following the witty, black humour narration from Renton, T2 becomes a shared, collective experience for all the characters. Spud in particular takes the spiritual baton from Renton to convey the hardships of that transition from boyhood to manhood and the growing abundance of responsibilities that comes along with it.  He wants to become a better man and thus becomes the heartbeat of the film and a stand out performance by Ewen Bremner.

If there’s one aspect where T2 Trainspotting struggles is that reliance on the nostalgia.  Some are cleverly interspersed like a visual snapshot of collective memories.  On the other hand it can be disjointed along with the forceful and unnatural dialogue.  But the truth is it lacks the impact that its predecessor had.  It’s a harsh criticism because it’s not the fault of the film which is well crafted and engaging.  It’s the unfortunate sign of the times where we’re not in that 90s bubble any more.  When you want a film to stand on its own merits whilst enabling a forward progression with its characters, it slightly misses the mark.

But to counter argue my point, that’s why the sequel works.  I never expected T2 to be a carbon copy of the original.  The actors have changed, both physically and mentally, therefore the film has to reflect that.  Director Danny Boyle and writer John Hodge abandons the frenetic pace from the original and delivers a film that’s both respectful to its history and a personal outlook on life.  By no means does it sugar-coat the life experiences.  T2 (just like its predecessor) still delivers on the harsh truths and the reality checks.  Whether that resonates to a mass audience, especially to those who weren’t there when Trainspotting became a cultural phenomenal is debatable.

But by reliving a time through the eyes of these four characters, the essence of life is encapsulated.  It’s funny, joyful, scary, terrifying but can be downright amazing.  It becomes more than just the drugged filled crazed that the original was by providing something sentimentally deeper.  For characters like Spud who you fall in love with all over again because of his sincerity, it becomes a lifeline.

We all grow up but that doesn’t mean we’re completely defined by our past.  You can look back at it with a bittersweet and heart-warming glow.  That’s what makes T2 Trainspotting a great watch.