Have you ever been to an event where you’ve enjoyed yourself so much you wished you could relive every moment again?

That is what I experienced watching Hans Zimmer in concert and I loved every single minute of it.

“I was in England one summer when I had a conversation with Czarina Russell, an old friend and bandmate who said to me “Hans, don’t you think it would be a good idea for you to do a concert?” I thought she was bonkers, why would anyone be interested?!  However, out of curiosity, I telephoned my friend, the legendary promoter Harvey Goldsmith, and asked if he thought anybody would actually show up if I were to perform live.  Harvey didn’t hesitate for an instant and said absolutely that he thought I could easily sell-out a night or two; or even more.” – Hans Zimmer

Going to watch Hans Zimmer live is like a dream come true. I’ve been a fan for many years. I fell in love with his score for Gladiator, a soundtrack that is both thrilling and beautiful. I’ve lost count the amount of times I played the Inception soundtrack on repeat for something ridiculous like three months straight when it was released back in 2010. I even wrote a blog post on my favourite scores which I still get flack for – where’s “Time” or any of the music from Interstellar? Even as a fan and the stipulations that I put in place for the selections, it’s hard to please everyone (and that includes myself) to come up with a perfect list that covers every aspect of his musical talent.

Like how John Williams was the soundtrack of our youth and adventure for any child growing up in the 70s/80s, Hans Zimmer is the soundtrack for this modern generation. You can see why I couldn’t pass up the opportunity to see him on tour.

Held at SSE Wembley Arena in London on the 6th April, I must admit, I didn’t know what to expect. Whilst I didn’t walk in with any pre-conceived notions, this concert could have been Hans, his band, his orchestra and choir with movie segments playing on the screen. But it wasn’t, far removed from that fact.  This was not a night at the Proms at the Royal Albert Hall. The presentation and production were so simplistically epic that it became a rock concert!

Unique and unconventional in its approach, there was no pyrotechnics, smoke machines, dramatic entrances or anything that would take you out of the moment. Zimmer’s music speaks volumes and that’s all you need. Accompanied with an amazing light show and minimalist visual graphics, this was a concert that you can’t unsee nor will you ever forget. For me to admit that is quite funny because to describe something in that fashion is usually reserved for a pop artist, not for a film composer! But that’s exactly what Hans did.  The entire production was a cacophony of epic sounds, filled with so much kinetic energy, rhythm and vibrancy that it was one of the best concert experiences I’ve had in a long time.

Lasting roughly 2 1/2 hours with a 20 minute interlude in between, Zimmer took the audience on a musical journey.  From Driving Miss Daisy to Inception, each film score was given a unique medley with each track seamlessly transitioning onto the next.  It’s an aspect that worked really well.  Each song served as a best of collection from his beloved and fan favourite film scores whilst allowing his musicians/singers the creative licence to express themselves.  For example, the Crimson Tide medley contained an epic drum solo that would give the film Whiplash a run for its money!

It’s one thing to compose music for a film.  It’s another thing as a fan to listen to that music.  It’s a whole new ball game when you listen to it live.  My favourite Hans Zimmer score is Gladiator.  I still have fond yet emotional memories of watching the film for the first time.  So you can only imagine how I felt listening to “Now We Are Free” live.  So haunting, so beautiful, so powerful and melodic…yep you guessed it, I had a tear in my eye.

There was also a personal touch to the concert.

Hans takes great pride in his collaboration work on his film scores and he was very keen to showcase his talented band mates and orchestra.  During the performances, the amazing light show would highlight particular members, giving them their own personal spotlight to shine.  The best use of that was during the prologue music for The Dark Knight.  With the crazy use of strobe lighting, you got the sense of the darkness, grittiness and being on edge.  It was as if the Joker was present and he hijacked the set.

The man himself – he was everywhere, showcasing how multi-talented he is.  Hans played the piano, played the guitar and even showed up playing the drums during True Romance set – just because he wanted to have a go!  For someone who says they suffer from stage fright, he didn’t look it.  Hans was having fun and was in his element.

Hans is also a storyteller and during the interlude between each music set, he would recount and share stories about how he met particular individuals or personal experiences behind making the music.  He told a story how the legendary Ennio Morricone recommended him a violinist because he was “the only one who could play his music.”  He recalled how he met guitarist Johnny Marr for the first time and now best of friends, Marr has collaborated with Hans on scores such as Inception and The Amazing Spider-Man 2.  He mentioned a story about how Ridley Scott called him and asked him whether he was interested in scoring the music for Gladiator, in which he immediately thought “Oh great…men in skirts!”  But he also took a moment of reflection.  He paid tribute to Health Ledger – inspired by his performance as The Joker, Health took the character to a new level of acting and suitably created (in collaboration with James Newton Howard) tracks that would define that performance for The Dark Knight.  He also paid his respects to victims of the recent tragedies in the world with the track “Aurora”, a track he wrote and dedicated to the victims of Aurora cinema shooting when they watched The Dark Knight Rises on its opening night.  These poignant moments showed no matter where you come from or what your background is, music can be a universal and common language amongst everyone.  For a couple of hours, the audience enjoyed and lost themselves in the moment.

One of the best moments of the evening – when Hans walked up to the microphone and initiated the Bane Chant from The Dark Knight Rises.

Yes, everyone around me joined in.

Yes it was awesome.

Hans Zimmer recently announced that he was retiring from the superhero genre.  Whilst that is sad to hear but if anyone deserves the break and to end on a high, it’s him.  Listening to music from The Dark Knight trilogy, Man of Steel, The Amazing Spider-Man 2 and his latest adventure with Junkie XL, Batman V Superman: Dawn of Justice, he leaves behind an iconic legacy and contribution for a genre he’s shaped and redefined.  It’s a proud achievement and now It’s up to another composer to find that emotional voice.

I don’t know what else to say other than how brilliant the concert was.  I had a lot of fun and left the arena buzzing.  If you have the opportunity to see him live, please don’t hesitate.  Go for it!

I hope Hans Zimmer comes back to London to perform again.  I’m sure like many others, we’ll be first in line.

Check the gallery pictures below from the concert 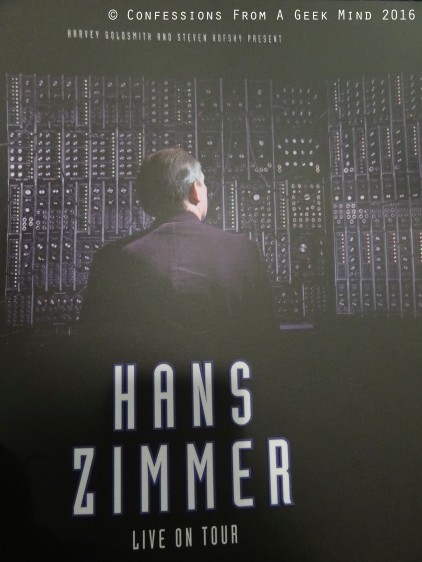 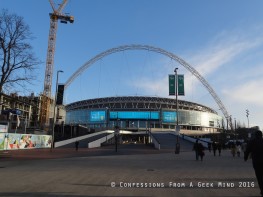 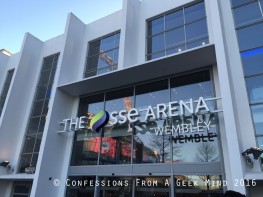 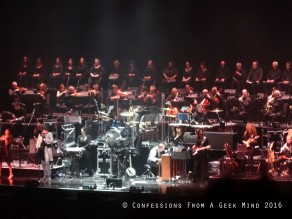 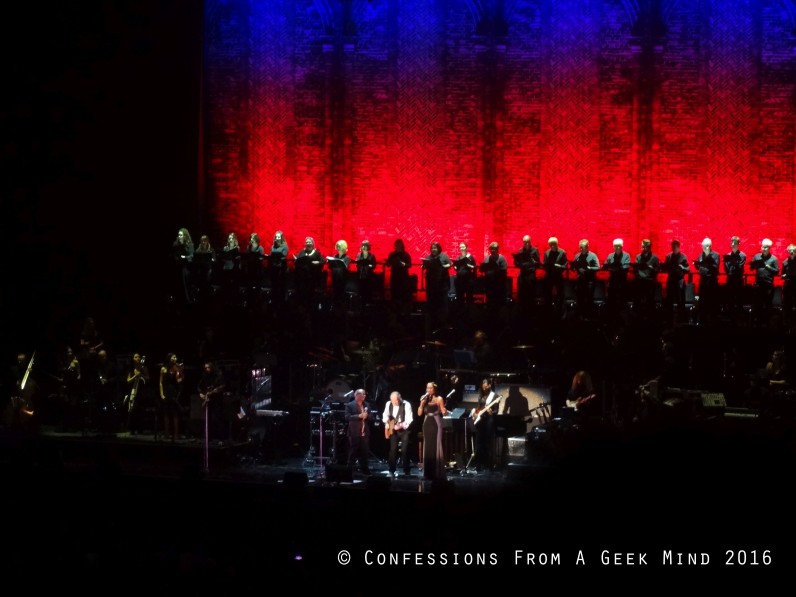 And if you want more Hans Zimmer, check out my top ten list of my favourite tracks.