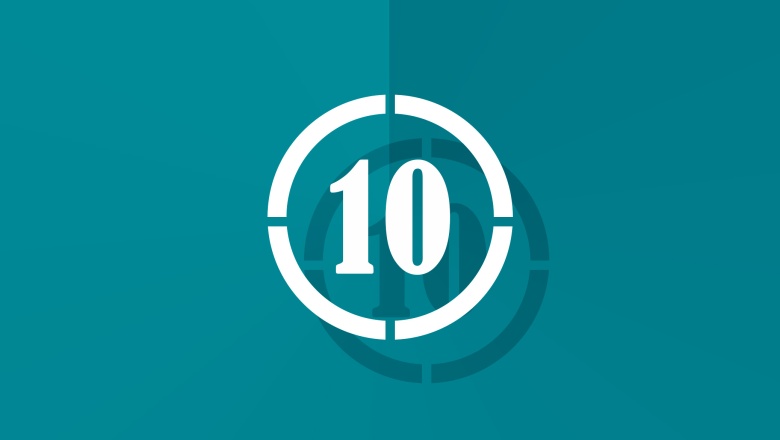 2014 has been a great year for TV – bit of a shame I haven’t made the time to write some reviews on it!

But that hasn’t stopped my wondering eyes and my keen enthusiasm for TV.  So hit the jump and find out which shows made the list.

Best episode: The Mummy on the Orient Express and Flatline

People have said this has been disappointing but I’m going to say the exact opposite.  Peter Capaldi has been a fantastic Doctor, unintentionally funny with a dark personality.  Clara is a better rounded character in this series than the previous, ditching the “impossible girl” tag.  The stories  have been darker, reminiscent of old school Who which Capaldi has utilised throughout the series.

Best episode: There’s Something Else Going On

I’m sorry I ever doubted this show.  Whilst the ending of the series was underwhelming, Homeland returned with a bang.  Series 4 proved the show can move forward without Brody and still deliver a compelling storyline that is focused and refreshed.  You will be on the edge of your seat.

Series 5 is shaping up to be the best series so far of the zombie apocalypse show and the shocks keep on coming.  Of course no spoilers from me but it’s great to see the gang moving around instead of being in one place like the previous seasons and they have more to worry about than the zombies themselves.

If the first episode from Series 2 didn’t get you going, I don’t know what will.  Series 2 is Francis back to his scheming ways and he’s more dangerous than ever.

I’m sure everyone was glued to their screens wondering how Sherlock survived his Reichenbach Fall.  Funny and full of twists, Sherlock S3 showed how great this show has become and how much we love Cumberbatch and Freeman in their respective roles.

If there was ever a show that could rapidly turn you into a vegetarian, Hannibal S2 would be the reason for it.  Much better than Series 1 and ends on a cliffhanger that will make you hungry for more – pun intended.

2014 was Gillian Anderson’s year and The Fall illustrates how phenomenal she is as an actress.  Stella is back on the case, chasing down Paul Spector as they both play mind games with each other until its dramatic conclusion.

An original story based around a Coen Brothers classic – get out of town!  Fargo the TV series is dark and hilarious.  Martin Freeman’s humour and Billy Bob Thornton’s no remorse menace will most definitely get the plaudits but praise has got to go to Allison Tolman as Molly, the police officer putting all the pieces together.  Plus Key and Peele are in it and that is always a bonus.

Best episode: The Laws of Gods and Men / The Mountain and the Viper/ The Watchers on the Wall

Highly addictive and engaging.  No further words needed besides the resolute fact that Series 4 is the best one yet.

Best episode: Who Goes There

Any other year, Game of Thrones would have won this but out of the blue comes a very unique crime story starring Woody Harrelson and man of the moment, Matthew McConaughey.  A wicked theme song and drama that brilliantly sucks you in.  There are no doubts in my mind, True Detective was the most satisfying new show from 2014 and I’m eager to see more.

So what do you think of the choices?  What would you include?  Don’t be shy and comment below 🙂