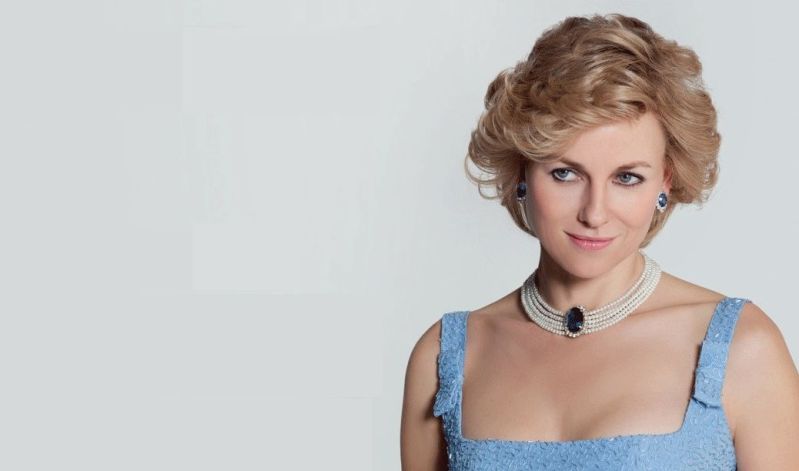 I was in two minds whether to commit this review into writing but I’m going to be brave and do this.

So I was lucky enough to watch this film last year at a special screening (and when I mean special screening, I mean the London Premiere – a one-off lucky perk from my job). I didn’t have any expectations and I’ve come to expect that every famous person with a complex life will eventually have a biopic made about them. For argument sake, you can’t get any more famous than a film about the late Princess Diana.

The dangers with a biopic, especially if you grew up around that time is you have to mentally separate fact from fiction.

That is what I struggled with.

Let me try to put this into context. The question gets thrown around, “where were you when Diana died?” It’s still etched in my memory. I was at least a week or two weeks away from starting Secondary School. My brother woke up me around 4 AM in the morning to tell me the news and I broke down and cried. Walking around London leading up to the funeral was a sombre affair. So many questions posed on the news and yet the end result was still the same – a young woman had died in a tragic car accident.

The film opens up in that same fashion – it’s haunting as if some dark malevolent presence was following Diana around as she made her final exit from the Paris hotel. After that, the film descends on a slippery slope.

Hasnat Khan: “I don’t know how to contact you.”

Hasnat Khan: “One number would do.”

If you are going to document a person’s life and show their strengths and their weaknesses, then the script needs to build off that which sadly this film didn’t. It was like the makers had the first draft and some higher authority basically went:

And in the end, what are you left with? A script that feels butchered and redacted. It’s a safe biopic based on a relationship (and no offence) I’ve never even heard of until I saw the film. So already my mind at this point (after it does a decent job of building up Diana (Naomi Watts) as a character), is already questioning the facts and what is exaggerated for movie purposes.

Did she really meet Hasnat (Naveen Andrews) at Ronny Scott’s and Chicken Cottage? It was actually quite amusing seeing someone so famous going to lengths to meet up with someone she loved, like wearing a wig or hiding in the car boot for example.

Oonagh Shanley-Toffolo: “You hang on to the idea of love. ‘Cause you’re so good at giving love. So you keep on giving. The hard part is receiving love.”

Diana: “But if I can’t receive it, I’m back where I started.”

Oonagh Shanley-Toffolo: “And where is that?”

Diana: “On the doorstep. A little girl waiting for her mother to return.”

Diana’s relationship with Hasnat comes off like the unintentional sequel to Notting Hill – you remember that film right? I mean how do you go about dating someone as famous as Princess Diana? That is essentially the film. It tracks the ups and downs of their relationship from their first encounter at the hospital to their break-up months before her death. Those famous, recognisable moments of Diana walking across a field full of land mines or the dresses she wore to charity events take a back step or is treated as a smoke screen so she can meet up with Hasnat or her figuring out a way to make it work. The film presents Diana as vulnerable, naïve yet besotted with Hasnat. Given the circumstances of her life, it is understandable yet somehow she fails to recognise the complications it would have. She is the most famous photographed woman on the planet, recently divorced and has two kids who are heir to the throne. He’s a Pakistani heart surgeon who loves his privacy and is reluctant to accept anything different. I don’t even have to write the script – the relationship was doomed to start with.

And when their relationship goes through their downs, those questionable moments start to come into play.

There is nothing wrong showing someone in a different light from “what we know” and nor will I ever claim to know Diana and her personality. But the one scene that troubles me so much is the scene where she calls on the paparazzi to come and photograph her on holiday with Dodi Fayed (who is now portrayed as a rebound rather than a serious relationship) just so she could make Hasnat jealous. Now this is either a cry out for help and a sign of desperation from a heartbroken woman or Diana is being portrayed as crazy. Why crazy? Because for something as well documented as Diana hating the press intrusion on her personal life, a woman who craved normality – to go and do what she’s portrayed as doing felt out of character. It just didn’t make sense to me.

Then when it tackled her eventual death (which they respectfully didn’t show), the way Hasnat found out, like some bad premonition before the news came out just seemed far-fetched.

Is this film a bad reflection on the acting performances? No. I think Naomi Watts looks and sounds the part as Diana. I think she showcases her strengths and her vulnerabilities but is undoubtedly limited by an uneven script. Naveen Andrews as the jazz loving, free-spirited heart surgeon shows the inner conflict between loving someone and his attempt to retain his privacy and dignity.

But the real issue is what is presented and how you interpret the events because this film will test your expectation and what you want from it.

Is this the worst film I’ve seen? No. Do I think it was misjudged? I think so and that is a matter of my opinion. In terms of Diana’s legacy I don’t think this film does her any favours. This film doesn’t change my opinion of what I ultimately think of her but I would rather watch a 2-hour documentary about her complicated life rather than a dramatised version of events. But let’s be honest, we probably won’t ever see that.

It’s hard to forget such a terrible tragedy and in a way this film brought back memories that only a Londoner growing up during that time could understand. But I rather remember Diana as an extraordinary charitable woman, who used her kindness and celebrity to highlight issues around the world. I rather have that belief than what I watched with this film.

If you do take the plunge (maybe courage) to watch this, then prepare yourself. If you watch this with an open mind and disconnect yourself from everything you know, then this film might not be so bad. If you watch this whilst being aware of the facts, then you’ll probably be like me – indifferent, sceptical and constantly debating.

I just wished the film was brave in its execution. It played it very safe…and it showed.