Daniel Jones (Adam ‘this man can do no wrong’ Driver) reminds me of Fox William Mulder from Chris Carter’s The X-Files.  They are intense, passionate, brutally honest, can go on a eulogising rant and happen to work in a Government basement office.  But when you put it into perspective from a personality point of view, they were determined to find the truth.

The blurring between the lines of fact and fiction becomes a poignant discussion in the Scott Z. Burns’ The Report.  The inclusion of Zero Dark Thirty and 24: The TV Series into its commentary is a deliberate yet reflective choice, as the ‘poster child’ response to the War on Terror as told by Hollywood.  One depicted the search for Bin Laden and other was a one-man assault against foreign and domestic terrorism (even if it meant breaking every rule of the Geneva Convention to justify Bauer’s mission).

Thinking back to that era of time, they were cathartic responses for a nation in healing.  Optimism was wiped clean and replaced with affirmative action by any means necessary.  Even our protagonist, Daniel Jones begins the film as an idealist before changing all of his class subjects to National Security.  However, The Report is not interested in anything that romanticises America’s efforts during the war, wasting no time in stripping away from the idealised fantasy. Because the truth is far more damning than whatever Hollywood can dramatise.

Baring a few questionable artistic choices where it uses a lot of time-hopping and yellow drenched flashbacks in a dizzying attempt to put its entire context into perspective, The Report carries the same energy that Alex Gibney’s Taxi to the Dark Side possessed with the investigative power of Spotlight and All the President’s Men.  It’s an unflinching, haunting, uncompromising, and a damning condemnation delivered with a blunt force explosion of dialogue about US interrogation practices in the aftermath of 9/11.  The information is overwhelmingly dense that takes a while to settle, its reconstructions of torture practices are horrifically brutal which you can never unsee, but its only interest is presenting the truth as it happened. 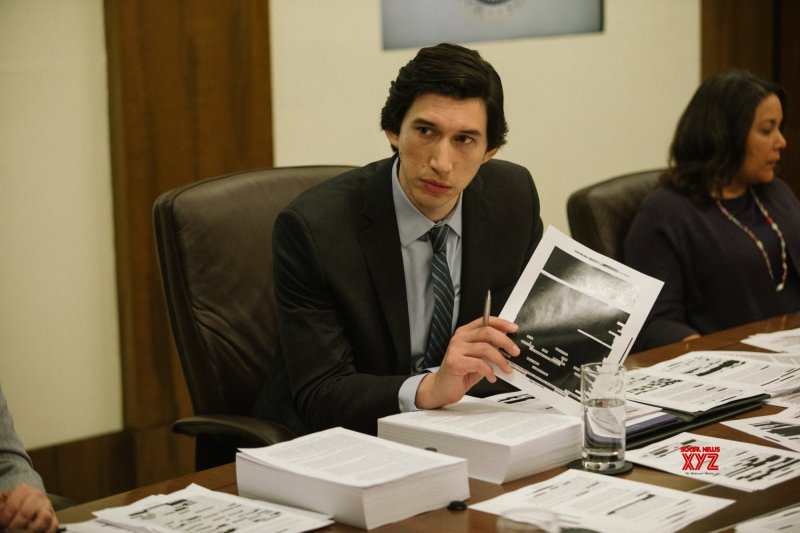 You have to commend Scott Z. Burns for its focussed, documentarian approach.  There’s nothing fancy or cinematic except for a few establishing shots, but it as dramatically claustrophobic as you would expect.  Pulling all of its complicated information into a consistently intelligent narrative is not an easy feat, only let down by its stylistic approach of disrupting its pacing with timeline title cards.  But, however harrowing its exploits, it’s a layered examination of political responses and the need for accountability and transparency in a current climate that has increasingly lost its integrity.  As mentioned before, the information is dense, but it’s not done to side with any party allegiance or dress it up as a ‘necessary move’ to protect America’s interest.  “Democracy is messy” as implied by Denis McDonough (Jon Hamm).  The introduction of Senator Dianne Feinstein (Annette Bening) shows us an equilibrium between the political objectives and ‘doing what is right’ with a calm assurance.  A befitting tribute to John McCain is another victory to the senses of bipartisan work.  But underneath its heavily induced subtext is an emotional outrage at the lack of morality and injustice of it all.

As an outlet for that rage, Daniel Jones becomes an unsung hero, a man who’s simply doing what you would expect from a Government official on an investigation – print, research, read over 6 million emails, write, scrutinise every detail, chase up every lead, participate in clandestine meetings, put up a timeline of events on the wall like a Charlie Day meme while screaming into the void for someone to care about the cover-up and the revisionist history that’s pandered as the official story.

Through Driver’s superb and adaptable performance that throws him into the on-screen madness, there’s a lot to vent with his juxtaposed beginning and ending, walking towards the familiar Washington landmarks with all of his optimism versus the downbeat, worn down figure as it concludes.  Driver plays Jones with a myriad of emotions, and it’s hard not to see why when Jones is faced with facts uncovered such as waterboarding a so-called terror suspect 183 times, to the extortionate amount of money that it cost the US taxpayers to keep that torture operation going – and let’s just say, it didn’t come cheap.

There’s no escaping from the payback feels that’s implied from Burns script, and what’s scary is not just the inhumanity of it all through its ‘learned helplessness’ (aka compliance through torture), but how individuals tried to justify its practices as a ‘scientifically proven’ exercise (which it was not) according to James Mitchell (Douglas Hodge) and Bruce Jessen (T. Ryder Smith) and their brick wall of excuses or their endless methods of bending the laws to make their operation legally sounding.

It all becomes a desperate cry for mercy as Burns actively questions the mechanics with his personalised version of This is America. Holding a mirror up to the world, he fundamentally asks how America wants to be viewed as a country. Occasionally, it diverts from its structure, but whenever the plot does go on its walkabout, Driver as Jones always brings the plot back to its prime focus.

The Report shows that not all heroes wear capes, showing persistence and dedication, and the brave people who came forward to help make it possible.  It’s a comprehensive emotional gut-punch search for the truth, but a necessary watch to fully comprehend how shockingly messed up all of this was.

THE REPORT is screening as part of the BFI’s London Film Festival 2019. For screening details and ticket availability, please visit their website for more details.  Released in UK cinemas 15th November.