Life Itself is like a terrible throwback to films released in the early 2000s – breeding season for Oscar-bait films. Like the dinosaurs or the dodo, you ignorantly thought this sub-genre was extinct with studios and creators upping their game significantly. But like the Ghost of Christmas Past, it returns from out of the blue looking utterly outdated to its adventurous and inventive counterparts from the class of 2018.

Not to be confused with the excellent 2014 documentary on the life of film critic Roger Ebert, Life Itself is the brainchild of Dan Fogelman, the creator of the acclaimed show This is Us.  Just like its TV counterpart, Life Itself is advertised as a ‘motion picture event’, featuring interwoven lives changed by one historic moment.  It’s a blatant lie of course, and while marketing is designed to get ‘bums on seats’, the overall quality of Life Itself is shockingly poor.  Collateral Beauty poor.  Maybe even worse than that.  Frankly, this sets a new bar.

One can’t even begin to imagine how this film managed to attract so many recognisable talents for this pretentious, six degrees of separation tale. It’s so over the top and contrived in its manipulative melodrama and forced emotions, I was doing enough eye-rolls to become a Limp Bizkit track.

The astonishing aspect is how Dan Fogelman’s doesn’t trust his audience, holding our hands and perpetually insisting on explaining every minuscule of factoid information about life, what a movie is and how it works and Bob Dylan with rousing, emotional speeches that’s suppose to connect with the soul.  But for a project that intentionally tries to be mystically philosophical and poetic about life in an ‘all the world’s a stage’ vibe, it can’t escape the criticism from how preachingly dreadful, boring and tonally misguided this film is.

A large part of its problem is its convoluted and bloated storyline. It runs like an unedited book, filmed and narrated word for word and split into five chapters.  Like a bad tribute to Rashomon and its perspective storytelling, each chapter is defined by a character’s experience before making itself drunkenly dizzy to illustrate how they fit into that vital equation.

It’s not helped by Fogelman’s clunky script, starting off the journey like a mockumentary before turning into a structural mess in its sugary combinations of love, life and tragedy.  Its only real highlight of worth is watching Will (Oscar Isaac) slip between reality and the ‘movie-scape’ of his mind with his therapist Dr. Cait Morris (Annette Bening), re-telling how he met his wife Abby (Olivia Wilde).  Ham-fisted it may be, but at least it shows some creative invention that stands out, but it never goes beyond that.

The entire movie could have been based on that notion.  Even if its resulting end product falls beyond expectations, it would have been significantly better than what Life Itself presents.

That failure to maintain its purpose severely affects its characterisations.   Abundantly undeveloped, nothing about them or their lives makes you care about them, coming off as stereotypical, commercialised clichés in a fantasised outlook on life, ready and primed with Instagram friendly snapshots.  Will is a smothering lover with an obsessive amount of love dedicated to his wife Abby.  Abby chases her ‘Eureka’ moment in her mind-spinning, film-based explanation on why life is the ultimate ‘trickster’ with its ‘unreliable narrators’.  Their daughter Dylan (Olivia Cooke) is the classic punk-rock teenager with issues.  Irwin (Mandy Patinkin) and Linda (Jean Smart) are not on screen long enough to symbolise any other stereotype besides being ‘parents’. Dr. Cait Morris is labelled a ‘hero’, but like Irwin and Linda, she’s not on screen long enough.  Javier (Sergio Peris-Mencheta), Isabel (Laia Costa) and Mr. Saccoine (Antonio Banderas) are caught in a three-way cycle of conflicted emotions and desires.  And Samuel L. Jackson (yes you read that correctly) is just playing his trademark, caricature self.

Life Itself probably should have been a TV show with its freedom to exercise its range and depth with each character.  But then again we already have it, and it’s called This is Us which again only reinforces the argument as to why this film was made. 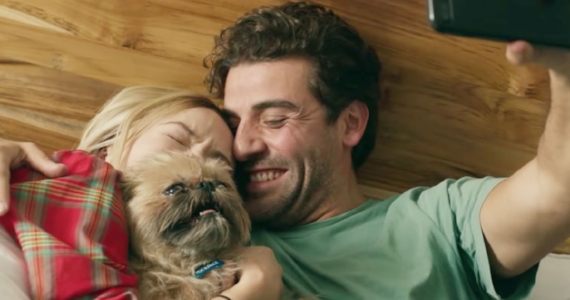 It essentially brings nothing new to the table, and Fogelman’s vision doesn’t break new ground, considering the cinematic catalogue has already explored this concept with films such as Babel, Vantage Point and even the Oscar-winning Crash (the less said about that film, the better) with various degrees of success.  For a large part, that is fine.  Not every film has to be high brow in its execution or become a life-affirming rejoice.  There is room for multi-faceted genres that broadens on emotional taste.  Just not this ‘paint by the numbers’ story of predictable convenience when directors such as Richard Linklater’s Boyhood or Barry Jenkins’ Moonlight have captured ‘life’ with a genuine authenticity.  Life Itself doesn’t leave you with a long-lasting impact to take away aside from immediate regret.

That is what Life Itself is severely lacking – authenticity.  It may not have been Fogelman’s aim, but it essentially trivialises each character’s hardship, overriding the film’s contradicting message.  Mental illness and suicide are used for shock value.  Pregnant ladies somehow have a hormonal imbalance to repeatedly venture out into the middle of the road without looking.  Repressed memories involving sexual molestation becomes a throwaway line that doesn’t remotely cover the emotional depth or trauma required to make that circumstance work.  Shari (Isabel Durant) plays a cruel April Fools joke on her boyfriend Rodrigo (Àlex Monner), and when he decides to break up with her (as the final nail in the coffin of their baffling relationship), she stupidly wonders why.  There’s even a dog called ‘Fuckface’, a joke that is supposed to be funny and cute, yet represents another jarring example that completely sums up its problems and unevenness.   But all of that is OK in Life Itself‘s sanitised, ‘La La Land’ reality, adopting a ludicrous ‘happily ever after’ motif where everything is neatly put together and works out in the end.

You begin to wonder whether Life Itself is just a parody experiment by Fogelman, going against the writing standards he set with Crazy Stupid Love and Last Vegas.  Because how else do you explain the unexplainable that is this pointless film?  Nothing in Life Itself warrants or merits its emotions or its actions.  It doesn’t deserve it.  Life Itself smacks itself with an ego that thinks its too clever for its own good, but in reality, it is a film that rapidly loses star quality the longer it goes on.

If you have two hours to spare, spend your life not watching this.

LIFE ITSELF screened as part of the BFI’s London Film Festival 2018 and will be released in cinemas on 4th January 2019.