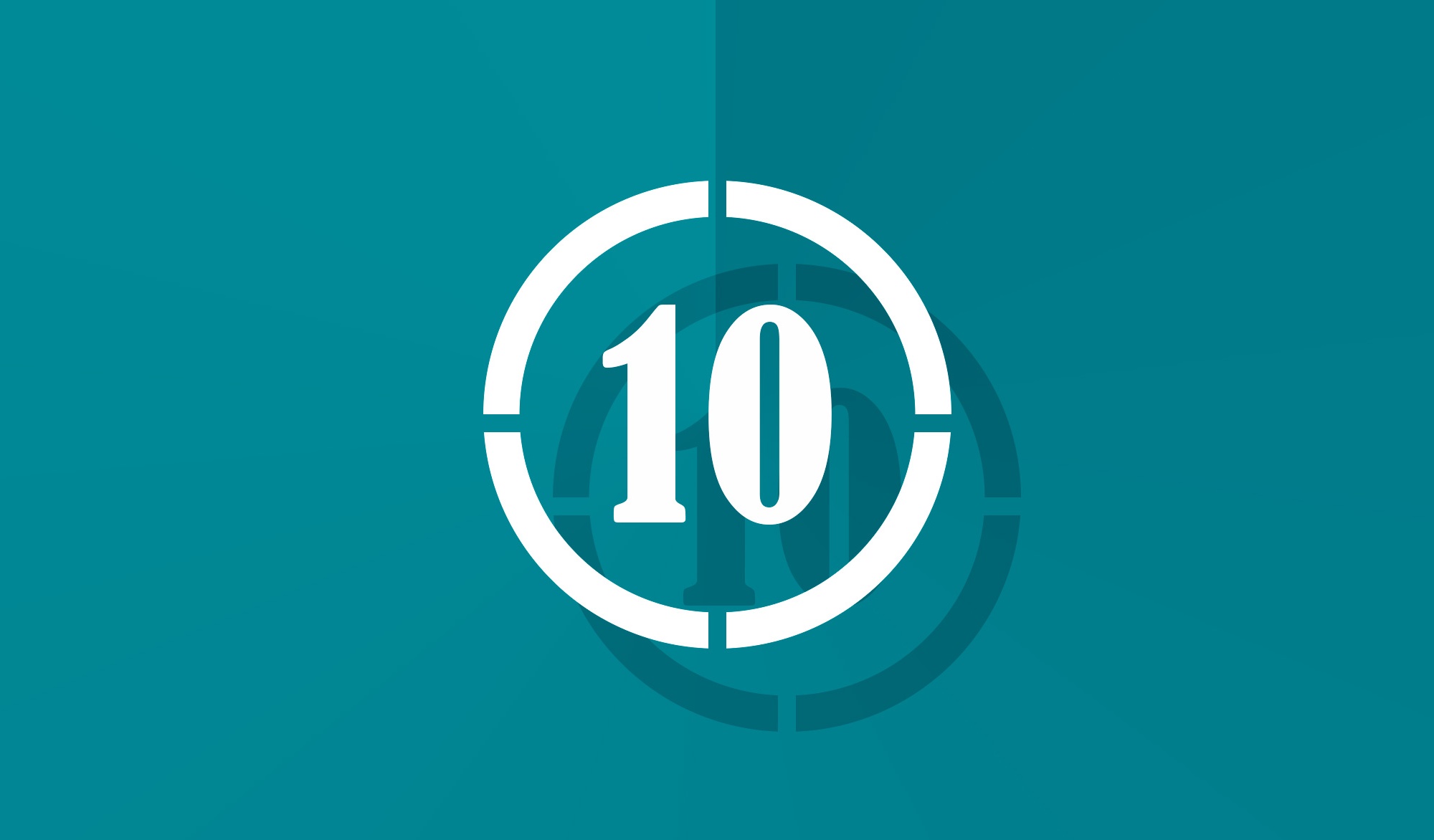 Welcome to another addition of Top Ten and this time The Geek is tackling female characters.

A lot of news has been made in the press about current batch of films in the cinema lacking a strong female presence. If you search the Internet there are now rumours that the studios are looking to do a female centric movie with The Expendabelles leading the line.

Truth be told – as much as I welcome the point, I don’t want a female movie just for the sake of it. I want a female movie because it deserves to be there without the so-called clichéd stereotypes that are no different from female characters in a Michael Bay movie.

Maybe my title “Bad Ass Females” is a little misleading but hear me out. “Bad Ass” doesn’t necessarily mean the classic female stereotypes of a sexy woman or a damsel in distress. It’s easy to forget that despite the high levels of male testosterone, women have made significant contributions to both the small and big screen. My top ten list is to address those strong female characters.

This is a celebration of women who are influential in their own right whether their weapon of choice is a sword or a brain…or both. It’s their complexity that makes them interesting.  It’s their strength that inspires us. It’s their vulnerability that allows us to sympathise with them and it’s their independence that allows us to root for them. There are fondly remembered for a reason – so here goes nothing…

10) Lisbeth Salander (Noomi Rapace) – The Girl with the Dragon Tattoo

It is the role that put Noomi Rapace on the map. One of the best thrillers I’ve seen in a long time, Lisbeth Salander’s toughness, vulnerability and at the same time not seeking the approval of others are displayed in a complex and often shocking film.

I still hold Jackie Brown as my favourite Quentin Tarantino film and that’s is because of the outstanding performance from Pam Grier. Right from the opening titles, Pam Grier oozes class and it’s a role that resurrected her career.

Well – what can I say about this character other than “she’s awesome!” Fights like a man and has huge heart, honour and dignity. For any character that can go toe-to-toe with The Hound and come out on top, deserves full recognition on my list. 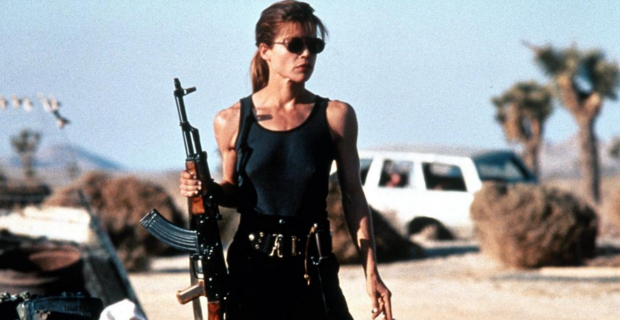 If you take away the “toughness” about the character, you still have someone who is vulnerable as highlighted in a powerful scene where she attempts to kill Dyson. That doesn’t make Sarah Connor weak, but makes her human and it’s how she embraces her knowledge of the future, her determination to protect her son and witness the influence of the T-100 and his role as a surrogate father, makes her character so endearing to watch. It’s her bravery that we admire and it’s one of the reasons why Terminator 2 will always remain a classic, now and years to come.

Anne Hathaway as Catwoman in The Dark Knight Rises is awesome and I’m sure over the years, she will achieve the cult like status that is usually associated with the franchise. But if I had to go with immediate impact and nostalgia, then Michelle Pfeiffer as Catwoman will always be in my heart. She goes from someone who has a lack of confidence and belief in herself to a revenge-obsessed vixen. What’s really powerful about her presence is that her transformation is subtle (don’t be fooled by that skin-tight outfit). It’s not like she had crooked teeth or dressed poorly like we’ve seen with Jim Carry in Batman Forever or Guy Pearce in Iron Man 3. What actually changes is her personality – her boss pushing her out of the window damages her mentally. By embracing her dark side, she empowered herself to change and not be looked upon as weak and innocent anymore. Batman Returns is a film about the inner conflict of duel identities and why over recent years, I find myself enjoying this film a hell of a lot more than the 1989 Batman. Michelle Pfeiffer as Catwoman is one of those reasons in a show stealing performance.

Leaving nothing to the imagination, Uma Thurman as The Bride was amazing. I prefer Vol. 1 rather than Vol. 2 but what I love about Uma’s performance is she was relentless with a “no holds barred” attitude. At times she goes through absolute brutality but in the end, her determination sees her through. 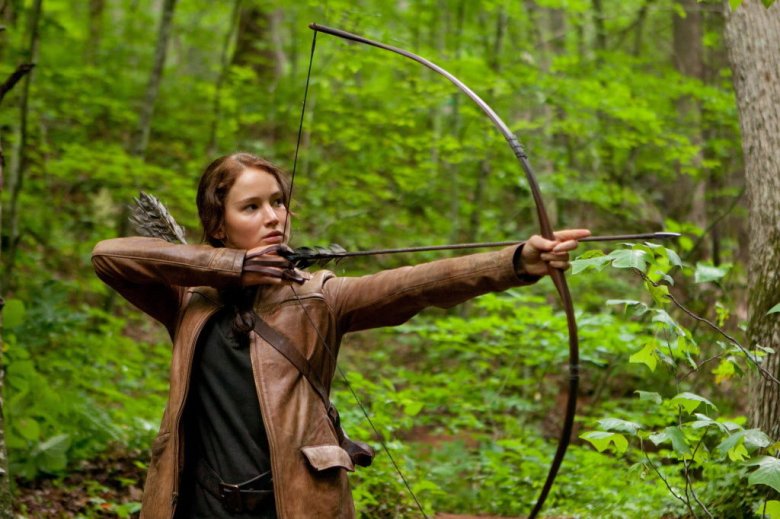 Forget Divergent, if you want to follow a “more than decent” teen film, watch The Hunger Games. The reason for the hype and the massive enjoyment comes from Jennifer Lawrence as Katniss, face of the rebellion against President Snow. At times she does appear indecisive, but her main strength is battling against the odds and she’s real handy with a bow and arrow.

My second Game of Thrones shout out and arguably, there is no argument about this. Arya Stark has witnessed some traumatic tragedies and for some people, they could never cope. But for Arya Stark it only fuels the fire. It will only be a matter of time before an opportunity arises.  She’s already gotten use to killing people. Yes it is a little shocking seeing someone so young grasping the concept of killing another individual but Arya is a quick learner, taking on board everything she has learnt from The Hound. Yet what makes Arya so brilliant as a character is that not all of her is a stone cold killer. She still embodies the Stark ethos about honour and truth.  she’s fiercely independent and smart. While she has a revenge list as long as the River Thames and seen the cold heart reality of the world she lives in, her route towards justice will be done her way and she has all the determination to do so.

To not have Gillian Anderson on this list would have been criminal. I could have gone for her other impressive alter ego in Stella Gibson in The Fall, but her character as Dana Scully sets the benchmark. At a time when female characters were considered as the “sidekick”, along comes a character that changed the face of TV. Whether it was conspiracies or monsters of the week, it was her passion, commitment and dedication that made her equal to Fox Mulder both professionally and romantically. She had a constant duality between her practice in science and her faith in God but showed incredible strength in standing her ground and not afraid to fight, especially when personal tragedies afflicted her. These attributes naturally carried over into two X-Files feature films. Yes I’m bias because of my natural love of the show but no one should underestimate the influence of this character and it always surprises me that she gets left off these types of lists.

Next time you watch a TV series and you see a female lead, remember who started that off.

In all honesty, there can only be one winner. Similar to Gillian Anderson’s Dana Scully, Ellen Ripley was a pioneer to female heroes and still is. Ripley is a survivor, always tested against the odds and her knowledge of the terrorising creature always made her the smartest person in the room. She grew into a leader, taking command whenever necessary. She had the courage to fight and protect others but when it came to survival of the fittest, she was always there in battle mode. To take on that creature four times (5th if you include the DLC option on the new Alien: Isolation video game) takes huge amount of mental strength.

She’s a female character that should be celebrated more often than none.