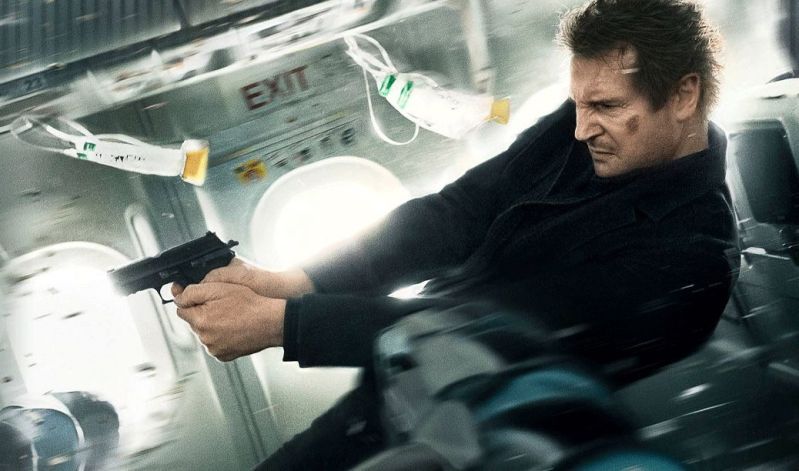 You know, there’s a saying – “don’t judge a book by its cover”. On the surface, Non-Stop looks like a film that would be an utter waste of time. I like it when I’m proven wrong. Not only is Non-Stop a good film, it’s an entertaining one as well.

Bill Marks: “Someone on this flight is threatening to kill someone every 20 minutes, unless $150 million is transferred to this account number.”

David McMillan: “We’re midway across the Atlantic. How do you kill someone in a crowded plane and get away with it?”

The premise of Non-Stop is simple enough. U.S. Air Marshall Bill Marks (Liam Neeson) is on a routine transatlantic flight from New York to London. During the flight he receives a series of disturbing text messages suggesting that passengers will be harmed unless Bill fulfils the demands. 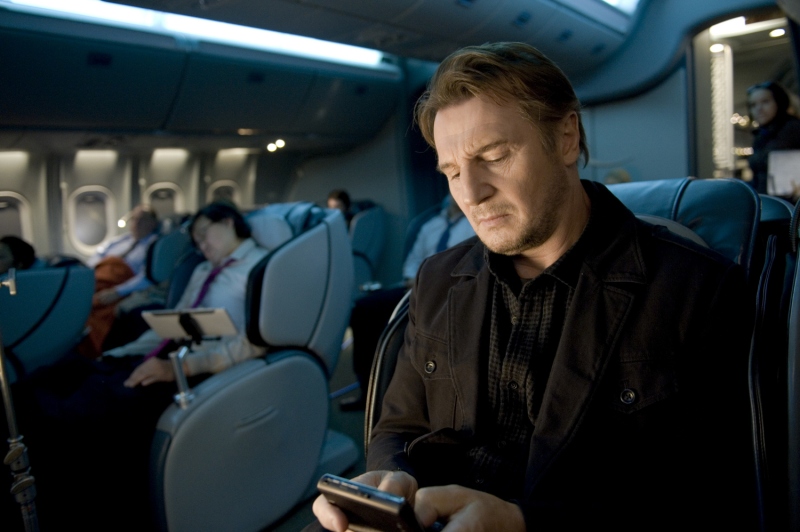 Non-Stop is like Ronseal – does exactly what it says on the tin! So don’t expect Shakespeare or something that will contend for an Oscar. This film is designed to shut your mind up and enjoy its presence. I will admit that this film took me by surprise. I was expecting dumb ass nonsense (and in many respects, it is!) but in the end I was gripped. Non-Stop ticks all the boxes you want from an action film.

One of the main strengths with the film is the storyline. The idea of being in an enclosed space, full of strangers and one of them is the culprit. That person hides in plain sight, threatening the lives of passengers on the plane whilst teasing and engaging Bill Marks in the process. It’s a terrifying thought but the film handles it well. The film cleverly and steadily builds tension, making every passenger seem culpable and a suspect. Fuelled by the anonymous text messages and the natural fear for their safety, any kind of suspicious behaviour and stereotypes are questioned as the paranoia sinks in deeper. In other words, Non-Stop is just a fancy name for “Cluedo on a Plane”.

Bill Marks: “I hate flying. The lines. The crowds. The delays…”

Jen Summers: “I always kinda liked it. Six hours. One seat. Nobody can get to you.”

With a basic plot, the film doesn’t bog itself down in the details with its characters. It delivers on the importance, always giving you enough information to engage on without taking up necessary screen time.

Liam Neeson once again delivers another badass performance. It makes me smile – I mean this is the same guy who starred in Schindler’s List right? Now he’s re-invented himself as an action star. Every time I see him on screen doing action stuff, I react like Key & Peele.

It’s fantastic and once again he’s on form.

As Bill Marks we get an insight into his delusions and his suspicions. We mentally join him in the escapade. As a U.S. Marshall he asks the tough questions, no matter if it looks or sounds ridiculous for an outsider looking in. He also reminds us that he’s only human. Tormented and plagued by personal tragedy, he takes comfort in alcohol. His solitary moments where he can think and regain control of himself are spent smoking in the toilet during the flight (I seriously don’t know how you can get away with that) or talking to a fellow passenger, Jen Summers (Julianne Moore). He hates flying and carries a token to help him calm down. All this builds character and when you add the threat, the elements play a factor. Bill Marks has to rely on his judgement, his instincts and limited resources to solve the case. 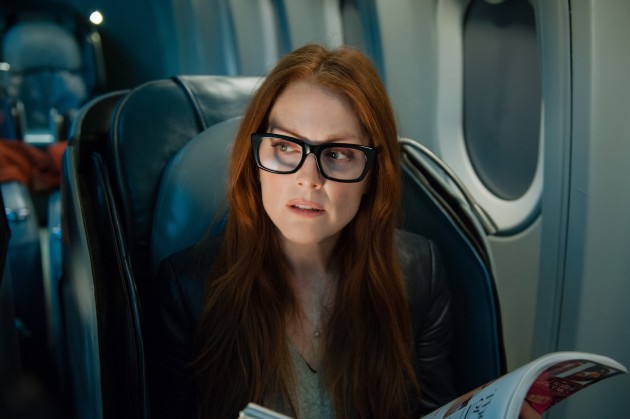 Whether it’s Jen, Nancy (Michelle Dockery), Gwen (Lupita Nyong’o), David (Linus Roache), Austin (Corey Stoll) and so on, these characters mainly serve as convenience and plot drivers rather something of substance. But that is not a disservice to the actors – not at all. Each of the characters (along with many others) significantly contributes to the conspiracy and the mystery, either by raising suspicion or just by going about their normal business. The scenarios and the plot twists that come along with it will grip you.

Fighter Pilot: “Agent Marks, our fighter squad has you in our sights. Do you hear me?”

Bill Marks: “We’re running out of time! Do you hear me?”

If there is a weak point then it comes towards the end. The ending felt slightly rushed as if they knew they needed to wrap things up quickly.

When the culprit is revealed we are given a so-so excuse that could have been developed further. In fact, the reason (while understandable) slightly spoils the film when it could have been a simple revenge attack on Bill for something he did in his past. Could have been a far better ending with that in mind instead of Bill being a pawn in someone else’s game.

Was the suspect reveal out of the blue – yes and no. Your mind constantly runs around suspecting everyone that it doesn’t come off as a total shock when the culprit is finally unmasked. Before you have time to dwell on the revelation, the movie ends with everything wrapped up in a nice bow. I mean a lot of serious accusations and harsh truths were thrown at Bill Marks and not enough time to resolve them. 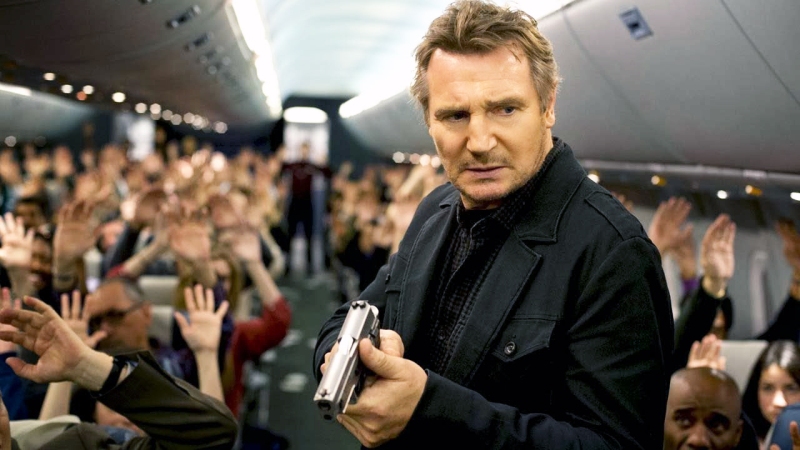 All in all, I had a great time watching Non-Stop. It’s better than expected, better than Liam Neeson’s other film – Unknown and better than your typical average movie.