My spidey sense is tingling.

“Whatever life holds in store for me, I will never forget these words: “With great power comes great responsibility.” This is my gift, my curse. Who am I? I’m Spider-man.” – Peter Parker (Spider-Man)

Spider-Man is not perfect and it’s certainly not a classic. I mean I grew up on the comics and watched the 90s animated cartoon like it was an addiction. When this film came out in 2002 I didn’t fall head over heels over it. I think it was over-hyped a bit, especially when in 2004 when the superior Spider-Man 2 came out and that for me was a game changer. But Spider-Man is fun in a Superman: The Movie kind of way despite the CGI looking a bit dated. 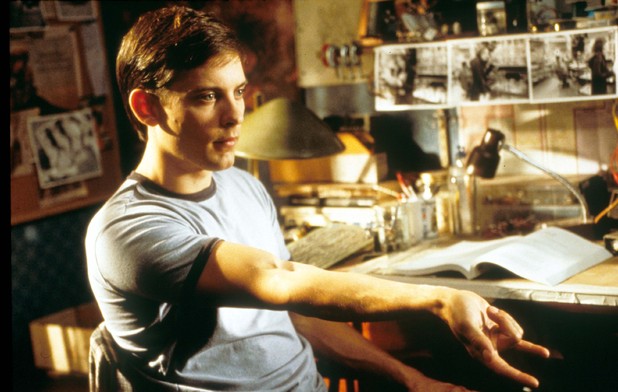 I’m not one of those people who gets frantically hung up if a film decides to put their “spin” on a comic book movie. At the end of the day, comic book movies are an adaptation. The changes have to be valid, not taking away from the overall plot. I’m sure people complained when Peter didn’t build his web shooters (which we did get in The Amazing Spider-Man). But I didn’t mind – the change from self built web shooters to an organic solution made sense. With a genetic super spider biting Peter, his abilities become a natural part of him.

Maybe it’s because we’ve seen how the superhero genre has evolved into a dark, realistic character undertone but for a lot of fans, Tobey Maguire as Peter Parker/Spider-Man was probably not everyone’s first choice. I think his Spider-Man lacks the wisecrack humour from the comics/cartoon series – it’s almost non-existent. It’s an interesting choice how they made Peter more of an awkward loser than a nerdy geek and it kinda worked in his “before” and “after” distinction and his narration through the film. And at times I enjoyed the heart and sentimentality he brought to the role that certainly got better in the sequel. Is he the best Spider-Man/Peter Parker? Simple answer – no but his Spider-Man suited the overall tone of where the film went with the plot.

The enjoyment  comes from the supporting characters. I can’t imagine anyone else playing J. Jonah Jameson other than J.K. Simmons. If anyone was born to play that role, it’s him. James Franco as Harry Osborn embodies the friendship he has with Peter whilst trying to follow in his father’s footsteps and loving Peter’s crush, Mary Jane Watson.

Willem Dafoe’s portrayal of Harry Osborn is the main reason why you would watch this film in the first place. Like all good superheroes, the villains are what make them standout and test them to their full capabilities. Can you imagine Batman without The Joker or Superman without Lex Luthor? It’s no different – the Green Goblin is part of Spidey’s world. There’s depth to his story, constantly under pressure to fulfil his company’s demands. When pushed, he tests the serum on himself like a guinea pig and develops a mad desire for power and to punish people who were against him. I loved his conflicted duality and how he figures out Spider-Man’s secret identity. Essentially what the film achieves is the complete mirror image – two characters blessed with powers and their circumstances define who they are. A personal tragedy shapes Peter Parker into using his powers for good. The willingness to succeed, no matter what the cost shapes Norman Osborn into the villain. 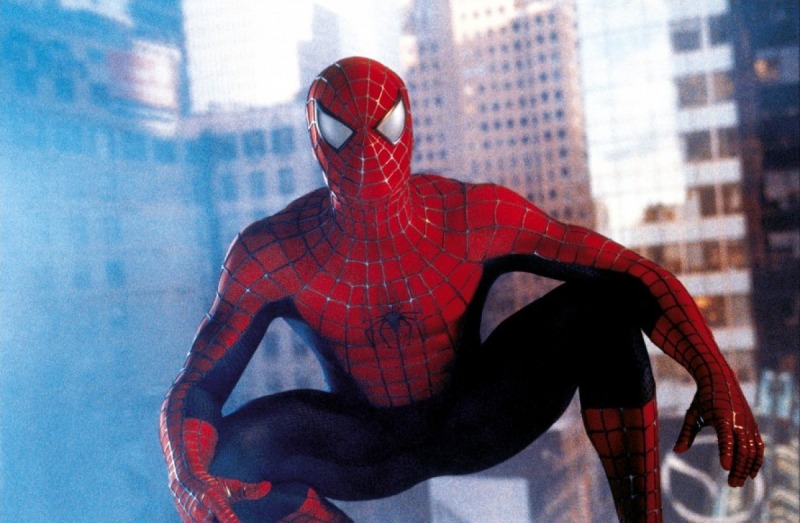 The plot and flow of the film is straight to the point, concentrating on the simplified basics.  Danny Elfman’s soundtrack gives the film a defining theme and extra character. Despite Mary Jane Watson (Kirsten Dunst) coming off like the screaming damsel in distress, it’s a solid effort without being absolutely brilliant.

“We all have secrets: the ones we keep… and the ones that are kept from us.” – Peter Parker (The Amazing Spider-Man)

Ok – are you ready for this?

Are you sitting comfortably?

This film is f*cking pointless.

I’m sorry. I know people like/love this film but my opinion hasn’t changed from when I saw this in the cinema. I was one of those people who felt it was too soon to do another Spider-Man film (and we all know the reason why if you follow the chatter on the net). Raimi’s only mistake with Spider-Man 3 was incorporating too many villains into one film (and THAT dance number which I wanted to forget until I just brought it up). However The Amazing Spider-Man was a let down.

I’ve never watched a film that was SO SCARED of it’s own shadow. The tagline for this film was “The Untold Story” – really? Peter Parker gets bitten by a genetically altered spider and turns into Spider-Man…yep nothing untold about that…

The main problem I had with this film is the plot and how stupidly uneven it was. It’s starts off promising with the disappearance of Peter’s real parents and then slowly trickles into my “total waste of time” mind set. 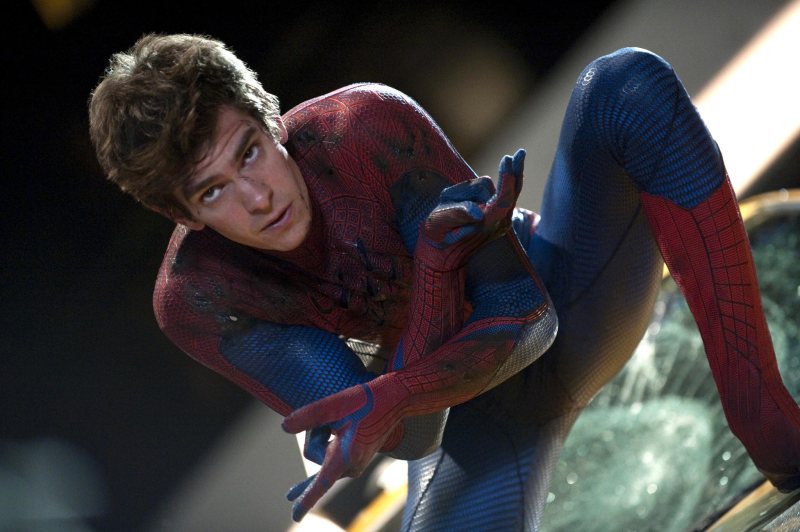 The film dragged out something so familiar as Peter’s transformation into Spider-Man. I know they wanted it to feel different but it just took too long to reach the important moments. With that you have the complete abandonment of the plot devices. For example, the film starts off with Peter wondering what happened to his parents and starts investigating. That gets quickly abandoned when he meets Dr. Curt Connors (Rhys Ifans) and helps him with his “project.” Then that gets abandoned when Uncle Ben (Martin Sheen) dies. You would think Peter would get his revenge and track down the killer…NO because it gets abandoned AGAIN for something else. You can see the frustrated pattern. Whether they were saving themselves for the future films there’s no excuse for that kind of gaps in the plot. If The Amazing Spider-Man wanted so badly to distinguish itself from the familiar, then it should have taken a page out of Christopher Nolan’s book and did flashbacks just like in Batman Begins or even Zack Snyder’s Man of Steel.

I think Andrew Garfield makes a better Spider-Man than Tobey Maguire. Spidey’s wisecrack humour is there to see and I enjoyed his confidence in the role. Just wished he kept his mask on! It’s so annoying. Raimi did it in his Spider-Man films but this was all too frequent. By the end of the film I thought EVERYONE knew who Spider-Man was! It was careless. His Peter Parker – the jury is still out. I think Maguire’s performance just edges it but I don’t think anyone has cracked “Peter” just yet. I’m not a fan of this word stuttering, emo, loner Peter Parker who walks around school stalking taking pictures. You might as well turn him into a hipster! Him skateboarding and learning to control his powers with a Coldplay track playing in the background – I love Coldplay but even I have my limits! The whole sequence looked like a scene from Footloose.

Uncle Ben – just say, “With great power comes great responsibility”. Is it that hard? That whole speech you gave was so roundabout. No one was going to say, “Well that’s from Raimi’s films” because it’s part of the background story and a sign of Peter’s commitment as Spider-Man.

Dr. Curt Connors/The Lizard – great character, poorly used. In fact, it’s weak with zero character development. You went from a character that wanted to find a cure for his missing limb to turning the whole city into lizards…what???? That doesn’t make sense. Then you have the poor plot devices of how he found out Peter was Spider-Man (comically it’s because Peter left his name on his camera) or how Peter knew what his evil plans were (comically it’s because he left all his evil plans for everyone to see on his wall in his lair). You can accuse Raimi all you want about his Spider-Man films but you could never say his villains got left behind. Norman Osborn, Doctor Octopus and Sandman – those villains had an emotional core and reason for their actions. It allowed us to sympathise with them and their complexity and duality kept us interested. With Curt Connors, I don’t know what his beliefs were. He came across as a typical basic evil villain and the CGI on The Lizard looked terrible. 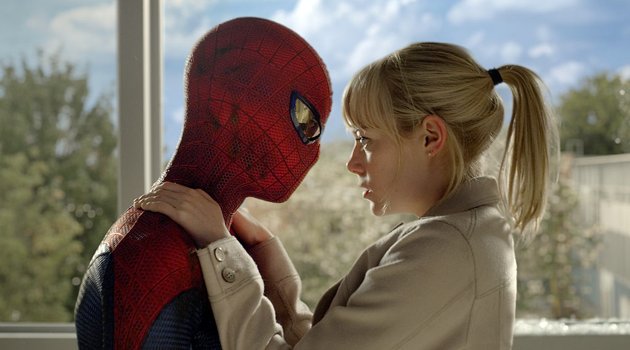 The one positive light in this film is Emma Stone as Gwen Stacy. She gives her character depth and personality that was missing and underused in Spider-Man 3. Although it was very convenient that Gwen Stacy had an internship at Oscorp, her chemistry with Andrew Garfield is better than Maguire/Dunst. It feels developed but again at times it drags out.

I don’t have much hope for The Amazing Spider-Man 2. Yes it looks better but what confidence will I have if I thought the first film was pointless. It felt rushed and you can tell. I hope for its sake the sequel will be better and I’m sure I’ll find out soon enough.

Sam Raimi’s Spider-Man has a better balance yet secretly I hope that Marvel reclaim the rights to the franchise soon because the way they have consistently made their superhero movies, Spider-Man deserves a fair crack.