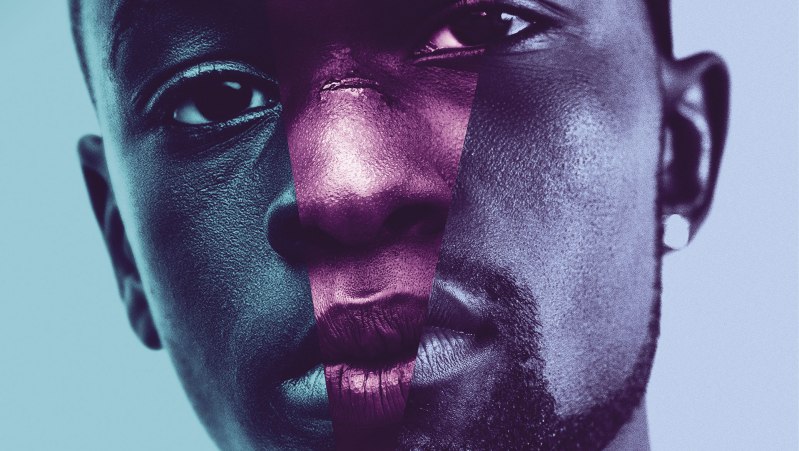 Every now and again, a film comes along and speaks a truth.  It’s a truth that’s never far away from reality, embracing an inclusiveness to tell a visually poetic story.

That film is Moonlight.

“At some point, you gotta decide for yourself who you’re going to be. Can’t let nobody make that decision for you.” – Juan

Based on the unpublished play, In Moonlight Black Boys Look Blue by Tarell Alvin McCraney, Moonlight is a beautiful exploration into the human condition, a coming of age story structurally split into three life-changing chapters.  This is Chiron’s story documenting his transition from boyhood to manhood and the societal changes that influenced him along the way.

Coming of age films have been tackled before, therefore Moonlight is a familiar subject matter.  Films like Stand By Me, The Breakfast Club, Almost Famous and even Good Will Hunting are examples of growing adolescence, life lessons and imminent change.  But Moonlight cuts straight to the point, a clear and distinct operation as a condensed version of Boyhood but with a poignant authenticity and impact.

Intertwine with elements such as family and sexuality, Moonlight explores the often conceived taboo subjects with the concept of masculinity.  Director Barry Jenkins showcases a dominance in alpha male attitudes, expressed through strength and physicality.  But with young Chiron, nicknamed Little (Alex Hibbert), he’s clearly an exception.  He doesn’t belong nor fits in with the populace crowd.  He doesn’t seem to know what he is and yet the world does.  Bullied and teased, our first introduction to Chiron is one out of fear, a rejection from the world as he runs away from the chaotic conformity of his environment. 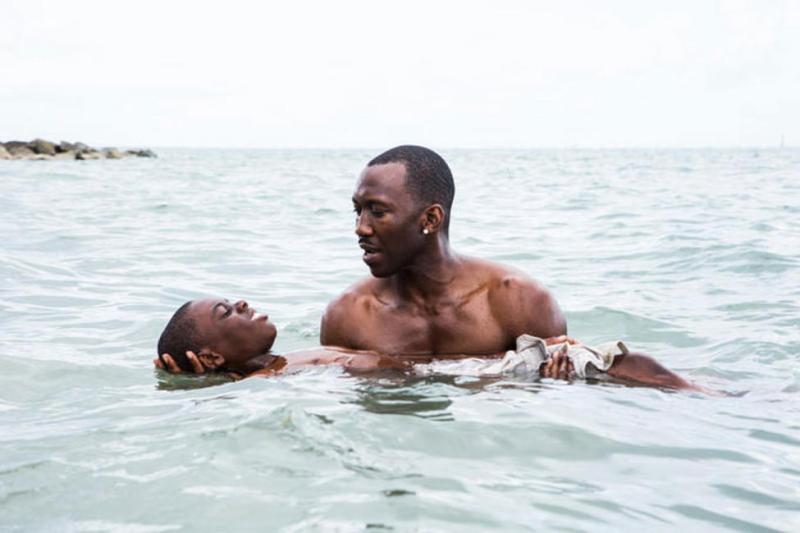 Chiron’s encounter with Juan (the brilliant Mahershala Ali) proves to be a crucial intervention, essentially becoming a father figure that was absent in Chiron’s life.  By taking him into his world he provides a family unit, a safe place and foundation where he can open up without fear, judgement or repercussions.  To complete the experience, Juan handles Chiron’s exploring indifference with a sensitivity, dispelling derogatory words from Chiron’s mindset.  Mahershala is not on-screen for long but his character plants the seed that sets Chiron on a mission to define his identity.  To play a drug dealer which is often associated with negative connotations, this small act showcases a humanity not often seen or portrayed on-screen, going beyond the stereotype.  This change in perspective is balanced and compared to Chiron’s mother Paula (the brilliant Naomie Harris) who quickly descends down a dark path, a fall from grace where drugs consume her daily life and Chiron is a first hand witness of her troubles.  Like a twisted version of the circle of life, it is the sudden realisation of our interconnected world that Juan’s drugs contribute to her downfall becoming a prevailing aspect for the characters and their responsibilities.

As Chiron (Ashton Sanders) grows up into a teenager, it’s the realisation that he’s a homosexual.  Juan’s girlfriend Teresa (Janelle Monáe) still provides that safe place of normalcy and nurturing whereas his friend Kevin (Jharrel Jerome) awakens his adolescent desires.  But his experience is often offset against his perceived weakness as a man that allows his mother and the school bullies to take advantage of him.  The day he actually stands up for himself sets in motion a persona that keeps him surviving much like a coping mechanism and the film’s final chapter.

It’s adult Chiron aka Black (Trevante Rhodes) that seals the deal.  He becomes the very thing that the world wants him to change into.  The societal system transforms him into a muscular built, gold teeth, chain wearing gangster, not afraid of being an intimidating figure to the people he surrounds himself with.  In essence he becomes the negative representation of a common stereotype that’s regularly re-enforced of what black men are associated as – criminals.  But in actual fact, it’s the complete opposite.   Chiron is still the scared and emotionally vulnerable young boy we witnessed as Little, still coming to terms with his life, his sexuality and the external pressurization of the world around him.  It’s all expressed through his eyes and the things left unsaid, the “chopped and screwed” soundtrack filling in the gaps to convey those meanings.

Having three young actors to play Chiron at different stages of his life is understandable and completely relatable.  Chiron in each chapter is different, which echoes our own lives.  We are not the same person throughout and we’ve all grown and evolved both physically and emotionally.  Each personality change is symbolised through Chiron’s contact with water – whether it’s learning how to swim, healing wounds from a beat down or realising you’re something you’re not, it’s a spiritual baptism, a transformative rebirth into a new self and acceptance.  But the same emotional vulnerability is present throughout each chapter, carried through as a constant connection.  When you add masculinity into the mix, each chapter became a symbol.  When Chiron was “Little”, he was weak, bullied, emotionally withdrawn from society.  When he was “Chiron” he battled the complications of his life, like swimming up against an overwhelming tide, trying not to drown, trying to survive.  When he was “Black”, it’s a regression of his true self.

“You ain’t got to love me, but you gonna know that I love you.” – Paula

Because Moonlight is based closely on the lives of Barry Jenkins and Tarell Alvin McCraney, every essence of their story is injected into the film.  There’s instances of brutality but also beauty, expressed in a highly artistic way.  As Barry Jenkins recently said, he’s bringing “art house to the hood,” redefining a common concept of what we expect from black films when expressing a harshness and poverty of that world. 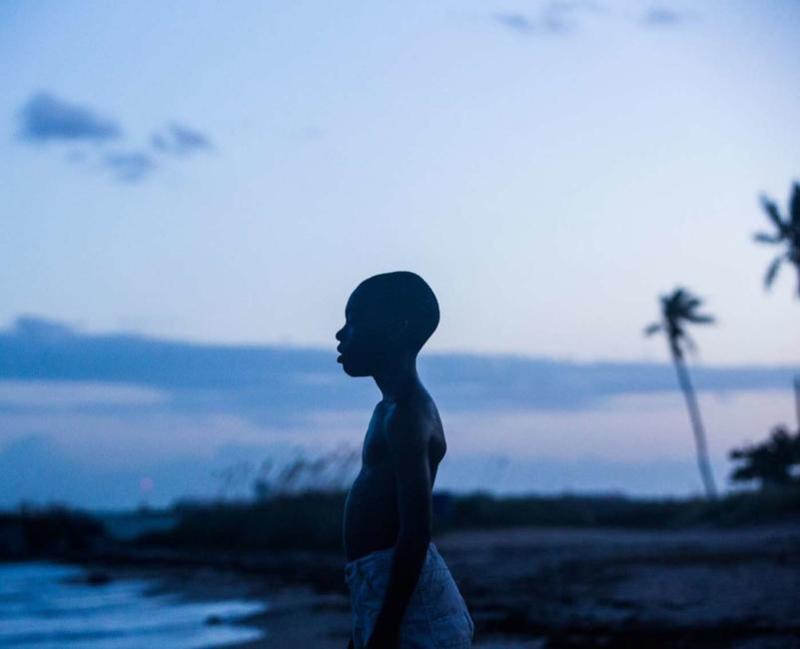 Right from the beginning, Moonlight makes its impact known.  You’re watching a reaffirmation of black culture by telling it from a different perspective and understanding.  Moonlight could have used a hip-hop soundtrack but classical music is substituted in hip-hop’s place to convey Chiron’s state of mind, set against the backdrop of Miami.  Chiron’s theme which echoes throughout the film becomes a musical representation of his growth and change.  Initially it may sound the same but some musical notes are deliberate, played differently to illustrate that change.

James Laxton’s cinematography is visually striking, often surreal and dreamlike.  This element plays in the film’s favour in order to establish Chiron’s relationships with people.  When he’s with someone he trusts, the camera is calm and smooth in its movement.  When Chiron is threatened, the camera responds to his panic, often circling him with menace.  But the one constant thing about the camera work is that it’s always at arm’s length from Chiron.  Moonlight places you in between characters who directly look into the camera and share their world.  But when it comes to Chiron, he’s always a step ahead where you can’t reach out.

The question is – is Moonlight a worthy Oscar winner.  My answer is yes.

When you take away the horrible Oscar gaffe at the 89th Academy Awards and look at Moonlight’s closest contender La La Land, there’s nothing wrong with either film, both awesome in their own special way.  La La Land is pure escapism, a tribute to old Hollywood with all the showbiz glitz and glam which mainstream audiences will find highly attractive.  But Moonlight with its art house and independent filmmaking qualities is a story of the here and now.  It’s the sense of belonging – finding yourself, finding love and finding a connection to feel normal and not punished for being different or an outsider.

This heartfelt ideology and explored themes of humanity is brought to the forefront which makes Moonlight an emotional and engaging experience from start to finish.

Will this film resonate with everyone?  Possibly not.  But the fact of the matter is Moonlight provides a voice to the voiceless.  It doesn’t necessarily have to be viewed from a sexualised context but the internal struggle and acceptance of our identities is something we can all learn from.  It’s something I certainly did.

To express that internal and empathetic quest was beautiful and certainly one of the best films of the year.